Climate change and global warming are subjects that every country has worries about.
Using as many platforms to possibly bring about awareness for the environment is really appreciable.

Try and remember when was the last time you actually walked along a river? Or at least know of someone who has trudged along the entire length of any river?

Here is your chance to know about one such fantastic effort by an entrepreneur-turned-environmentalist Siddharth Agarwal, who waled the entire length of the Ganga river from the point where it meets the Bay of Bengal to Gangotri and Gaumukh.

Directed by Shridhar Sudhir, the film, ‘Moving Upstream‘, documenting the voices and concerns of the people living along the Ganga will be a prominent film at the All Living Things – Environmental Film Festival (ALT-EFF), a film festival dedicated to films about the environment.

The 2021 edition of ALT-EFF kickstarts from 9th Oct 2021 to 17th Oct 2021 on a virtual platform due to the ongoing pandemic restrictions. This year the festival has 44 films from 31 countries being screened — all themed around topics of environment, conservation, and climate change.

“The ALT-EFF primarily uses this medium to make the audience understand the climate crisis from an embodied understanding. The films are carefully selected and in its second year, the festival brings some unlikely narratives to the fore. The selections for each of these films exemplify the tenacity, commitment, and hope of the creative community, as the climate emergency looms over us,” the organizers said.

Apart from ‘Moving Upstream’, there are two other most talked about films ‘Moti Bagh‘ and ‘Lakshmanrekha‘ that would be screened during the film festival talk about the environmental and climate change-related crisis faced by farmers combined with migration and other social issues and the solutions they think of.

Bringing a story from Uttarakhand, Moti Bagh, directed by Nirmal Chander Dandriyal, revolves around the story of Vidyadutt Sharma, a farmer, activist, and poet, who chronicles the changing landscape in verses of resistance.

Nominated for Oscars in 2019, the film documents how, against the forces of migration, Sharma and Ram Singh, his Nepali farmhand, plough the fields to keep a dream called Moti Bagh alive.

On the other hand, helmed by Nandan Saxena and Kavita Bahl, Lakshmanrekha is a story of a man, Laxman Singh, who turned 58 drought-hit villages into an oasis in Rajasthan. The film talks about the movement and how awareness about water conservation helped the poor villagers with the help of traditional wisdom.

The viewers can watch these films by registering on the ALT-EFF website.

Founding member and the festival director, Kunal Khanna said, “At ALT-EFF, we always believed in sharing the narratives that are interesting and raise potent questions about the climate crisis. It is a celebration of unlikely narratives that ultimately raise our awareness and consciousness about the current state of the environment.

“Through films as a medium, our aim is to make a difference in the community by presenting films that spark a conversation on the environmental crisis and the ways we can change our situation.”

The festival has roped in a great jury including internationally acclaimed photographer and filmmaker Michael Snyder and six-time national award-winning filmmakers, Anand Patwardhan, and Amin Hajee. 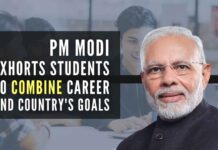