“You won’t believe what the BJP and Modi just tweeted” might be the words of someone who has read the two eye-opening articles that reveal what actually goes on behind the scenes.

[dropcap color=”#008040″ boxed=”yes” boxed_radius=”8px” class=”” id=””]M[/dropcap]odi just tweeted about the 2016 Income Disclosure Scheme (IDS), asking the citizens of India to voluntarily disclose their income. In the first article “Breaking One Shackle Of The Fatal Conceit”, the author explains, with the help of a simple analogy, how efforts such as these backfire, and what are the real fixes that India needs. It illustrates the true mechanics that have produced great nations like the U.S., Japan and Germany.

It is well that the people of the nation do not understand our banking and monetary system, for if they did, I believe there would be a revolution before tomorrow morning.
– Henry Ford

We strongly recommend that you read the article and provide your comments. At PGurus, your comments will be read by intellectuals and high ranking officials in the BJP and the government.

The second tweet by the BJP that takes pride in the large amount of Foreign Reserves with the RBI, is even more unbelievable. The second article “Republic Of Ghaziabad – Part II” exposes how the 360 billion dollars of fiat reserves is actually money taken from the poor in India, and why farmers are committing suicides. It shows how the RBI is subsidizing consumption in some of the richest countries of the world at the expense of savers and producers in India. After reading this article, you will realize how foolish it is to take pride in fiat reserves. While the Forex article of PGurus drew a lot of criticism, especially quoting the Balance of Payments crisis of 1991 as an example, it has evinced a lot of interest among the readers on what the economy actually does.

Do we expect NaMo government to jump in and effect changes? Perhaps not… But the economy of a country is like a very big ship and course correction takes a long time, impacting many lives. It is hoped that everyone understands the implications of some of these policies and introspect before moving headlong.
Note:
1. Text in Blue points to additional data on the topic. 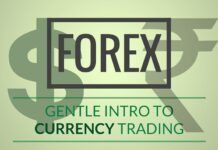 What is Currency trading and how is it different from Stocks? Part 1 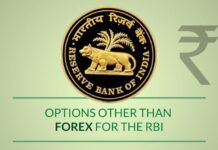 RBI can look at other options too, not just Forex 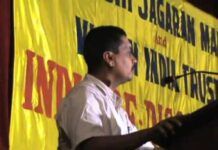 How Govt. can encourage citizens to trust their Govt. with their...

The 100-year-old peace treaty that still shapes our world