The government on Thursday told Parliament that as many as 47,984 people died due to accidents on national highways, including on expressways, during the calendar year 2020. The statistics of previous years show that death rates came down due to months-long lockdown during the COVID-19 Pandemic. In 2019 as many as 53,872 persons died in national highways and expressway accidents. The major reasons for accidents are due to drunken driving, use of mobile phones, over speeding.

In a written reply to the Lok Sabha, Minister of Road Transport and Highways Nitin Gadkari said as many as 53,872 persons died due to road accidents on National Highways, including on expressways, in 2019. Gadkari said the major causes of accidents on the National Highways (NHs) are vehicle design and condition, road engineering, over-speeding, drunken driving/ consumption of alcohol & drug, driving on the wrong side, jumping the red light, use of mobile phone, etc.

“Taking into account the continuous rise in requirement for transportation of liquid oxygen (LOX), an extended period of oxygen management, adding to the inventory of cryogenic tankers and high fatigue/ attrition rate due to 24X7 operations, the Ministry issued an advisory to states to create a pool of trained drivers for transporting hazardous cargo,” he said.

Replying to another question, Gadkari said the total number of black spots identified on National Highways based on the data during the period from the year 2016 to 2018 is 5,803. He said five States/ Union Territories, namely Delhi, Madhya Pradesh, Odisha, Rajasthan, and Uttar Pradesh have provided the facility of online filing of e-FIR for complaints of theft of vehicles, mobile phones, and documents wherein accused are unknown, through their State Citizen Service Portals. 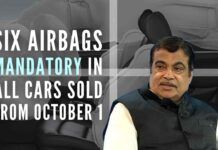 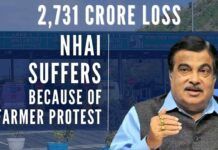