The construction of the new Indian Parliament building will commence in December 2020 and is likely to be completed by October 2022. The existing Parliament House building will be suitably retro-fitted to provide more functional spaces for parliamentary events, to ensure its usage along with the new building. The new building will have separate offices for MPs. Among other facilities for the Members, each seat for them in the chambers will be comfortable (with blocks of two seats) and equipped with digital interfaces, which will be a step forward towards a paperless office. Lok Sabha Speaker Om Birla chaired a high-level review meeting regarding the construction of the new Parliament House on Friday along with Union Minister Urban Affairs Hardeep Singh Puri.

Besides Chambers of Lok Sabha and Rajya Sabha, the new Building will have a grand ‘Constitution Hall’, which will house, among other things, the original copy of the Constitution, digital displays for showcasing India’s democratic heritage, etc. It was informed that the visitors will be given access to this Hall to help them to appreciate and understand India’s journey as a parliamentary democracy. The new building will also have an MP’s Lounge, a Library, six Committee rooms, dining areas, and parking space.

“During the meeting, Birla was briefed about the progress made in the shifting of facilities and other infrastructure from the area proposed for the construction of the new building. The barricading plan and the various mitigating measures to control the air and noise pollution during the construction process were elaborated. The officers of the Ministry of Housing & Urban Affairs briefed about the proposed movement plan of VIPs and staff during this period, including during the Parliament Sessions,” said Lok Sabha Secretariat in a statement issued on Friday. 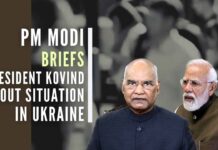