A K M Shahidul Hoque, inspector general of Bangladesh Police, told Xinhua that Nine JMB militants were killed during the special operation of the joint forces.

He said the operation “Storm 26″ of the joint forces also arrested one suspected militant alive with explosives and grenades.

Operatives of the banned militant outfit plotted to carry out an attack similar to that in a Spanish cafe in Dhaka’s Gulshan to boast about their existence, he added.

According to the sources, lots of communication equipments and jihadi books were seized during the raid in an apartment in Dhaka’ s downtown Kalyanpur area.

Since early Tuesday, law enforcers cordoned off a building on receipt of information that JMB militants were hiding there.

[dropcap color=”#008040″ boxed=”yes” boxed_radius=”8px” class=”” id=””]J[/dropcap]MB, campaigning for establishment of Islamic rule in Bangladesh, carried out a series of bombing attacks in 63 out of the country’s 64 districts, including capital Dhaka on Aug. 17, 2005, leaving two people dead and 150 others injured.

Hundreds of JMB leaders and activists were rounded up while six top leaders of the group, including Shaikh Abdur Rahman, were hanged in 2007.

In the wake of the two major terror attacks that occurred here, including the July 1 siege staged by militants who were missing for months in advance of the attack, Bangladeshi law enforcers conducted such a big operation.

Before the wounds of the July 1 deadly terror attack at a Spanish restaurant in Dhaka, that left 22 people, including 18 foreigners and two police officers dead, had even begun to heal, Bangladesh suffered a fresh blow on July 7 when terrorists attacked Muslims’ Eid prayers.

At least four people were killed, including two police officers and one of the attackers, after several explosions and gunfire took place at the entrance of the country’s largest Sholakia Eid prayer venue in Kishoreganj district, some 117 km northeast of Dhaka, on the morning of July 7. 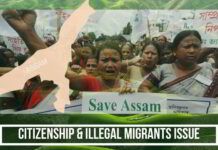 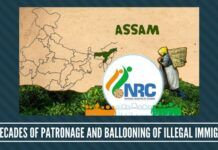 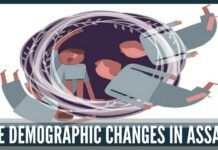 Probe identifies Russia as the country to down MH17 over Ukraine