There was a ninth man involved in Friday’s deadly attacks in Paris, the media reported citing investigators.

The investigators believe there were nine terrorists involved in the attacks, the report said.

The investigation conducted by the Anti-Terrorism Sub Directorate (SDAT), the Criminal Brigade of Paris and The General Directorate for Internal Security is going on, Xinhua reported.

[dropcap color=”#008040″ boxed=”yes” boxed_radius=”8px” class=”” id=””]A[/dropcap]” third man was on board” the vehicle which was used to conduct bloodshed on cafe terraces in the 10th and 11th district of Paris, a police source said.

“Investigators are now certain after viewing CCTV tapes. The vehicle was found on Sunday night, abandoned with three Kalashnikovs on board,” the report said.

[dropcap color=”#008040″ boxed=”yes” boxed_radius=”8px” class=”” id=””]T[/dropcap]he investigators also made progress in tracing the Syrian passport found next to the stadium Stade de France attacker with the name Ahmad al Mohammad, who was killed several month ago as a former soldier of Syrian President Bashar al-Assad, the report said.

The fingerprints of the suicide bomber matched those collected during a check in Greece in October 2015.

Simultaneous shootings and explosions in Paris on November 13 killed at least 129 people and injured over 350 people. 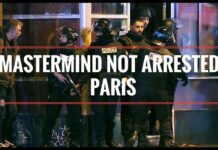 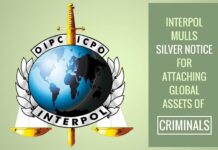