As the deadline imposed by the Reserve Bank of India to the banks that are holding on to Non-Performing Assets (NPA) expires, the government has a tricky problem on its hands… This being an election year, any drastic moves to shut down a power producer for non-payment of loans resulting in blackouts would cost it politically. At the same time, the interest on these loans is growing and if there has to be a haircut for the lenders (banks), the sooner it is done, the better. Let us take a quick look at the lenders and the borrowers:

In most of the NPAs associated with power generating private companies, the lenders tend to be the Public Sector Undertaking (PSU) banks. One of the bigger PSUs, the State Bank of India (SBI) is in advanced stages of the resolution process on up to 10 power assets[1]. Would the bank be willing to take a haircut on what could arguably run to lakhs of crores, remains to be seen?

How did the private companies that are generating power rake up huge debts? Is it because some of the entities that owe them money are the State Electricity Boards? Or is it the case of some jumping into a sector that they had no clue about and decided to use a template that was perhaps given to all new players? When the template falls, so do the players who adopted it.

A case of the left hand giving to the right hand

At the end of the day, the PSUs and the State Electricity Boards are both Government-run enterprises… The haircut that the banks will take is more of a left hand giving it to the right hand and ergo, the NPA has gone away. What is more important is to ensure that a repeat of this does not happen. And for that, one has to address the systemic problem of the same set of players entering every new field. Perhaps this is where the government needs to start. And it has been successful in the past – e. g. Arun Shourie as the Disinvestment Minister did a fantastic job in the NDA-1 regime[2]. Appoint the right person for the job, give the person all powers required to execute and sit back and watch. 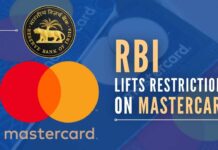 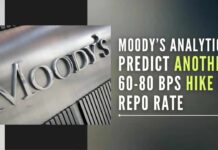