Will the new Oil policy pass on the benefits of a lower crude price?

[dropcap color=”#008040″ boxed=”yes” boxed_radius=”8px” class=”” id=””]W[/dropcap]e at PG have been writing a lot about #PetroImpact, the impact of lower oil prices on the economy. Additionally an article by this author appeared in the Sunday-Guardian (SG), on how lower fuel prices result in economic benefits. The SG article showed how other emerging nations controlled their inflation by allowing the retail prices of Petrol and Diesel to float in step with the global oil prices. Looks like the government is paying attention to what is being written about this.

With global crude prices having plunged to under $30 a barrel levels, Petroleum Minister Dharmendra Pradhan said on Thursday that a new oil import policy tailored to suit the changed economic scenario is being framed and will be placed before the cabinet soon.

Talking to reporters here after a meeting of the Parliamentary Advisory Committee of the ministry, he said that a new oil import policy had become necessary in context of the major changes in the global economic scenario since the policy was instituted over a decade ago.

[dropcap color=”#008040″ boxed=”yes” boxed_radius=”8px” class=”” id=””]S[/dropcap]peaking at the Make in India Week in Mumbai on Monday, Pradhan had said a cabinet note will soon be moved to do away with the tender process for crude oil imports and switch over to spot purchases to ensure better delivery at lower prices.

Despite being the third largest consumer of oil, India is currently the only country that still procures crude through the tender process, the minister said.

State-run oil marketing companies have a centralized procurement system under which they have to take prior permission from the ministry on a periodic basis for making crude purchase.

Regarding passing on the benefit of falling crude prices to consumers, Pradhan said petrol prices have been lowered as many as 23 times while those of diesel reduced 17 times after global oil prices dropped in July last year.

“Thus 55 percent of the savings made by the government on account of fall in crude oil prices in the international market was returned to consumers only,” he said. This is incorrect, according to our calculations, as we have done a detailed analysis of the price breakdown.

Around 42 percent out of the remaining 45 percent was given to the states under the 14th Finance Commission for development works while the remaining 3 percent is being spent on construction of basic infrastructure like roads, he said. 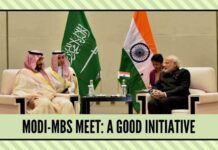 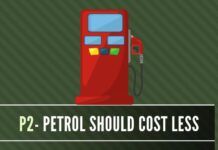 US Sanctions – Turkey now, India next?