Even after the Israeli authorities held negotiations with Muslim leaders to ensure calm and allow the prayers to take place, the Palestinian youths hurled stones at police, triggering violence at Jerusalem’s Al-Aqsa mosque compound. Thousands had gathered for prayers during the holy month of Ramadan in the mosque.

Palestinian witnesses said a group of Palestinians threw rocks at police, who then entered the compound in force, setting off a wider confrontation.

The Israel Police said three officers were wounded from “massive stone-throwing,” with two evacuated from the scene for treatment.

Videos circulating online showed Palestinians throwing rocks and fireworks and police firing tear gas and stun grenades on the sprawling esplanade surrounding the mosque. Others showed worshippers barricading themselves inside the mosque.

Later in the morning, Israeli police entered the mosque and were arresting people. Israeli security forces rarely enter the building, and when they do it is seen by Palestinians as a major escalation.

The Israeli Foreign Ministry said dozens of masked men carrying Palestinian and Hamas flags had marched to the compound before dawn on Friday and gathered stones and other objects in anticipation of unrest.

Israel’s national security minister, Omer Barlev, who oversees the police force, said Israel had “no interest” in violence at the holy site but that officers were forced to confront “violent elements” that confronted them with stones and metal bars.

He said Israel was committed to freedom of worship for Jews and Muslims alike.

The violence comes at a particularly sensitive time. Ramadan this year coincides with Passover, a major week-long Jewish holiday beginning on Friday at sundown, and Christian Holy Week, which culminates on Easter Sunday.

The Palestinian Red Crescent emergency service said it treated 152 people, many of them wounded by rubber-coated bullets or stun grenades or beaten with batons. Neighboring Jordan, which has custodianship over the holy site, and the Palestinian Authority issued a joint statement accusing Israel of “a dangerous and condemnable escalation that threatens to explode the situation.”

The holy site, which is sacred to Jews and Muslims, has often been the epicenter of Israeli-Palestinian unrest, and tensions were already heightened amid a recent wave of violence. Clashes at the site last year helped spark an 11-day war with Hamas militants in the Gaza Strip. COVID-19 may soon be detectable via an eye test 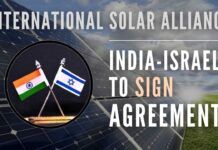