Prime Minister Narendra Modi’s ambitious Bullet Train project is totally derailed due to huge delays in the acquisition of land in Maharashtra. On March 4 in a press conference, the National High-Speed Rail Corporation Limited (NHSRCL) entrusted with the construction of Ahmedabad-Mumbai Bullet Train said that 95% of land acquisition in Gujarat is over and in Maharashtra, only 23% of the land acquisition for the rail tracks happened till date. The ambitious project was inaugurated jointly by Modi and Japanese PM Shinzo Abe in September 2017.

NHSRCL said that the Gujarat leg of the Ahmedabad-Mumbai bullet train may open first if it could not acquire land in Maharashtra in the next three months. NHSRCL MD Achal Khare also said the deadline of 2023 for completing the project was not feasible, and civil works on the Gujarat side were expected to be completed by 2024. The NHSRCL has acquired 95 per cent of the land for the 352 km stretch of the project in Gujarat but has been able to acquire only 23 per cent of land for the 156 km stretch in Maharashtra.

If not, the NHSRCL will have to consider opening the Gujarat leg of the bullet train in the first phase and the Maharashtra leg in the second phase, he said. “There are many issues over land acquisition in Maharashtra. We are in talks with our Japanese counterparts to open the Gujarat phase of the project first,” Khare said.

The Uddhav Thackeray-led MVA government in Maharashtra which came to power in November 2019 had said after coming to power that it will review the necessity of the project. For the Gujarat leg of the project, contracts worth Rs.32,500 crore have been awarded for the construction of a 325 km stretch and five stations, Khare said. The bullet train will have eight stations in Gujarat and four in Maharashtra.

The NHSRCL MD also informed that alignment at Vadodara station has been changed due to various constraints. The new alignment will save roughly Rs.2,000 crore, he said. The foundation of the project was laid by Prime Minister Narendra Modi and his then Japanese counterpart Shinzo Abe in September 2017. It is expected to cut the travel time between Ahmedabad and Mumbai from the current six hours to less than three hours. 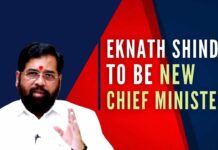 #Brexit will be costly for the British: Survey