[dropcap color=”#008040″ boxed=”yes” boxed_radius=”8px” class=”” id=””]A[/dropcap]nyone landing in Patna a couple of days ago would have thought he was in Gujarat at the peak of a BJP poll campaign spearheaded by Prime Minister Narendra Modi and party chief Amit Shah. The grim-faced duo stares at you from hundreds of huge billboards, promising a golden future for Bihar and making a strident call for parivartan (change). But nowhere you would have found any picture of state BJP stalwarts. Someone like Sushil Modi who dedicated himself to the party for four decades would figure on these billboards in stamp size, clubbed along with a host of leaders.

The first impression you gather is that the BJP was fighting an election of Gujarat in Bihar. Now with two phases of elections for 81 seats (one third of 243 seats) over, the party has realized that its Modi and Shah-centric campaign has boomeranged and given the chance to the rivals to turn the battle of Bihar into a slugfest between Bihari and Biharis (outsiders). So, overnight the BJP has done something unthinkable: tore down many posters of the duo and replaced them with pictures of local leaders like Sushil Kumar Modi, Nand Kishore Yadav, Ramvilas Paswan, Upendra Kuswaha, Jitanram Manjhi, Ramkripal Yadav, Rajiv Pratap Rudy, Shahnawaz Hussain among others.

“It was a mistake from the very beginning, but who has the guts to question the wisdom of Amit Shah, “says a state BJP leader.” The damage has been done and now it’s too late to erase the impression that the leaders of Bihar have been humiliated by the parity,” he added.

[dropcap color=”#008040″ boxed=”yes” boxed_radius=”8px” class=”” id=””]M[/dropcap]odi’s domination of billboard and publicity materials can be understood. After all, he is the tallest leader of the party and its biggest vote catcher. Hundreds of thousands of people turn up in his rallies and chant his names. In an election that is fast slipping out of the BJP’s reach, Modi is the lone hope. But Shah is neither a mass leader nor a vote catcher. So far he was known as a backroom boy, who could strategize election campaigns and take care of resource mobilization. Few contemporary BJP leaders can match him in these areas.

But Shah made the mistake of considering him as a leader who could also be a face of the party. So he got huge billboards erected with his posters and undertook whirlwind tours of the state. His vicious attack on RJD chief Lalu Prasad Yadav and Chief Minister Nitish Kumar damaged the prospects of the BJP by galvanising the Yadavs, Muslim, Kurmis and a section of dalits and other backward castes who worshipped Lalu and Nitish. Modi also followed Shah script and attacked Lalu and Nitish from the front, inviting similar reactions from their support base.

As the things stand, the BJP is staring at certain defeat in Bihar. Last minute tweaking of strategy may not work.

Nitish and Lalu exploited this domination of Modi and Shah to the hilt by going around telling the people that the duo from Gujarat was humiliating them and Biharis. The Prime Minister’s jibe at Nitish Kumar’s DNA was also a matter that both Lalu and Nitish repeatedly raised in their poll rallies. Nitish suddenly looked a humble underdog who was attacked by a bunch of outsiders for upholding the dignity of his state.

[dropcap color=”#008040″ boxed=”yes” boxed_radius=”8px” class=”” id=””]N[/dropcap]ow that the contest for one third of the state is over, the BJP has realized how ill-planned its strategy was from the word go. Now, the parity can put up posters of Bihar leaders, but it does not have luxury of time to blunt the edge of a calibrated attempt by Nitish and Lalu to pitch the poll into a battle to protect the “honor“ of Bihar.

In fact, during the selection of the candidates, too, leaders from Bihar were given a raw deal and most decisions were taken by central leaders who are hardly acquainted with the ground realities. As a result, the party fielded as many as 85 upper caste candidate whereas these four caste make up for only 13 percent of the population.

This mistake in selection of candidate has seen dozen of rebels contesting against the official NDA candidates. In at least one dozen seats, these rebels are set to queer the prospect of the BJP candidates.

“These leaders from Delhi think they are know-all. Who cares for us? We are going to pay the price for their arrogance and miscalculations,” said another state BJP leader…

As the things stand, the BJP is staring at certain defeat in Bihar. Last minute tweaking of strategy may not work. 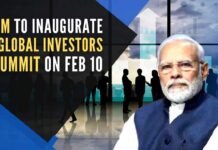 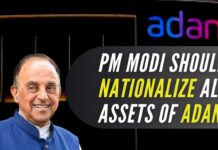 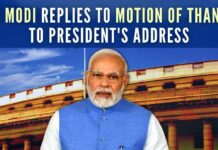