The establishment of IN-SPACe was announced in June 2020. It is an autonomous and single window nodal agency in the Department of Space for the promotion, encouragement, and regulation of space activities of both government and private entities. It also facilitates the usage of ISRO facilities by private entities.

In a tweet, Prime Minister Modi said, “The PSLV C53 mission has achieved a new milestone by launching two payloads of Indian Start-ups in Space. Congratulations IN-SPACe India and ISRO for enabling this venture. Confident that many more Indian companies will reach Space in near future.”

The PSLV C53 mission has achieved a new milestone by launching two payloads of Indian Start-ups in Space. Congratulations @INSPACeIND and @isro for enabling this venture. Confident that many more indian companies will reach Space in near future.

ISRO Chairman S Somanath congratulated the team in his address after the successful mission and hoped to accomplish more milestones for NSIL’s customers. He also mentioned Dhruva Space and Digantara who sent their payload to orbit and wished them the best for their future endeavours. Ahead of the launch, the SDSC’s viewing gallery was crowded with citizens who showed up to witness the rocket launch.

Last month, the Prime Minister inaugurated the headquarters of the Indian National Space Promotion and Authorisation Centre (IN-SPACe) in Bhopal and Ahmedabad.

“Space-tech is about to become the basis of a major revolution in the 21st century. Space-tech is now going to become a technology not only of distant space but of our personal space,” the Prime Minister had said. 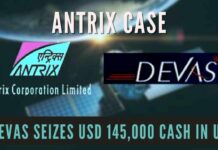 India, US Defence to deepen ties; focus on partnering in Space...