Protect Dharma for Protection by Dharma

We appreciate the action of the Association of Founders of the Hindu Religious & Charitable Institutions of Andhra Pradesh representing the views of Deities as their Shebaits and supporting Lord Chilkur Balaji Deity representation to His Excellency President of India dated 18th July 2020. The representation is for securing Article 26 “Right to Protect” of Lord Shri Padmanabha Swamy Ruler Citizen Deity and through this for all Hindu Deities in our country taken away by the 28th September judgement of Supreme Court in the Sabarimala case under review.

As we celebrate the victory of Dharma of Lord Shri Rama Deity of Ayodhya on Aug 5th who reclaimed His temple through a Constitutional process let us also recognize the underlying message that our Hindu Deities have allowed themselves to be bound by our Constitution.

The picture below in the 18th July representation of Chilkur Balaji Deity illustrates this clearly. In this time of Coronavirus pandemic, it is very important to restore back Article 26 “Right to Protect” of our Ruler Citizen Deity (taken away by Supreme Court) who protected His Travancore Kingdom from the deadly Spanish Flu of 1918 with very minimal mortality. It is also our Dharma based on findings of fact recorded in Supreme Court 13th July judgement in His temple case to restore the Article 26 Rights of our Ruler Citizen Deity the very embodiment of Dharma who gave crores of devotees Article 25 Right to Temple Entry which was denied for thousands of years.

We request all Organizations believing in Sanatana Dharma to come forward and support the representation of Lord Chilkur Balaji Deity which is for our own welfare. 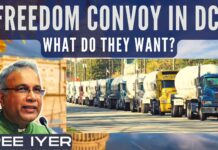 Madras High Court acknowledges Art of Living had all the permissions...