Even in his death, the Kannada superstar Puneeth Rajkumar has inspired his fans to take up a noble cause of eye donation.

The fact that the actor has given sight to four people has further motivated socially conscious citizens to pledge their eyes.

Puneeth’s righteous gesture to donate his eyes has created a sort of movement of eye donation in Karnataka.

Like his father, Dr. Rajkumar, who was one of the early campaigners for eye donation and even has an eye bank named after him, Puneeth has turned into a catalyst for change and could help bridge the demand-supply gap, as thousands await their turn for corneal transplants and surgeries. Tragically, a couple of his fans pledged their eyes before ending their lives.

The high level of suspicion about the cause of death during the COVID-19 pandemic has worsened the donation of organs. Data suggests there is a 70% to 80% drop in the number of people pledging their eyes and organs. This has made the waiting list of organ recipients longer.

After the untimely demise of Puneeth was widely discussed in the media and good word has spread about his eye donation, dispelling all hesitation surrounding it.

Dr. Bhujanga Shetty, the founder of Narayana Nethralaya, who collected the eyes of Puneeth and successfully transplanted them to four persons, informed IANS that the gesture of the actor has created a lot of awareness among people about eye donation.

“As many as 1,500 people have come forward and pledged their eyes in four to five days. About families of 16 deceased people have actually donated the eyes of their dear ones, which is a record by itself,” he said.

Dr. Sujatha, Director of Minto Eye hospital said, there is a rise of 20 to 30 percent as far as eye donation is concerned after Puneeth and Sanchari Vijay donated their eyes, she said.

People started donating their eyes after the death of National award-winning Kannada actor Sanchari Vijay. The news of Vijay pledging his eyes for donation and helping the blind to see the world had moved the people to take a decision in this regard. The message of the importance of eye donation has reached every household of Karnataka after the death of actor Puneeth, who had a massive fan following in the state.

The family of Puneeth had promptly informed the doctors to collect his eyes amid the grief. 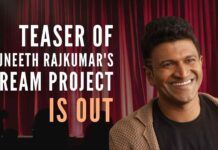