[dropcap color=”#008040″ boxed=”yes” boxed_radius=”8px” class=”” id=””]G[/dropcap]irls of a convent college here embarrassed Congress Vice-President Rahul Gandhi on Wednesday by endorsing Prime Minister Narendra Modi’s pet initiatives Clean India (Swachh Bharat) and Make in India.
When the Congress scion asked students of the all-women Mount Carmel College if Modi’s ambitious programmes were working, they responded with a loud yes much to his discomfiture and leaving Karnataka Chief Minister Siddaramaiah and state Home Minister G. Parameshwara red-faced.
Gandhi was interacting with about 500 students in the reputed autonomous institution on “Role of youth in building a vibrant India”, amid tight security, as even media was not allowed to cover, ostensibly to avoid being a witness to such an embarrassment and discomfort.
[dropcap color=”#008040″ boxed=”yes” boxed_radius=”8px” class=”” id=””]A[/dropcap] perturbed Congress lawmaker in the Lok Sabha, however, differed with them and said “you might see it but I don’t see a vision that the BJP is projecting”. The hour-long interaction was part of Rahul’s outreach programme to campus students across the country.
When a bemused Gandhi again asked students if Make in India was also working, they replied in unison with ‘yes’!
Emerging out of the packed auditorium, Rahul told waiting reporters that the response to his twin questions was not clear, as half the audience said nothing had happened, while the rest said something had happened on the Clean India mission.
Making most of Rahul’s discomfort, BJP’s national spokesman Sambit Patra said in New Delhi later that the response to the Congress leader’s posers exposed the disconnect with ground realities, as he was shown through a mirror what the country’s youth aspire for.
“When asked about Clean India and Make in India, the youth said these concepts were moving ahead and Rahul was shocked. Why? Because of the fact that he has a great disconnect, he does not know vibrations on ground. Leave aside the country, he cannot lead even the youth,” Patra told news channels.
[dropcap color=”#008040″ boxed=”yes” boxed_radius=”8px” class=”” id=””]B[/dropcap]JP secretary Siddharth Nath Singh said Rahul’s interaction with students in Bengaluru should caution his party and its leadership that Indian youth is not willing to accept “obstructionist and negative” agenda of the Congress.
“We hope RG and Congress will learn from the interaction that the youth want Parliament to function and therefore they would not disturb the winter session,” Singh said.
Congress spokesperson Randeep Surjewala, however, said Gandhi answered questions unlike Modi and it was the way for the country’s leader to interact.
“… (Rahul ji) believes in democratic functioning of the country, the right to agree or disagree,” Surjewala said.

Note:
1. Text in Blue points to additional data on the topic.
(IANS) 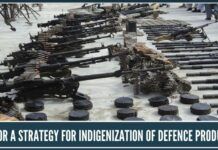 Fake news by a section of Indian Media on beef served...