[dropcap color=”#008040″ boxed=”yes” boxed_radius=”8px” class=”” id=””]P[/dropcap]arliament’s month-long winter session starting Thursday is likely to see a more assertive opposition taking on the government on a range of issues including “intolerance”, price rise and decision to liberalise norms for foreign investment. The government will seek passage of its legislative agenda including the long-pending Goods and Services Tax (GST) Bill.
The winter session, coming nearly two weeks after BJP’s drubbing in the crucial Bihar polls, is expected to witness closer floor coordination between opposition parties to take on the Narendra Modi government.
“There will be greater assertion to make the government accountable (during the session),” Communist Party of India-Marxist (CPI-M) general secretary Sitaram Yechury told IANS.
[dropcap color=”#008040″ boxed=”yes” boxed_radius=”8px” class=”” id=””]T[/dropcap]he session will start on Nov 26, which will be observed as Constitution Day, commemorating the acceptance of draft statute on that day in 1949. The Parliament House Complex will be illuminated on the Constitution Day. The constitution came into effect from January 26, 1950.
special sittings of both Lok Sabha and Rajya Sabha will be held on the first two days of the session to discuss ‘Commitment to the Constitution’ as a part of 125th birth anniversary celebrations of Bhim Rao Ambedkar, considered the chief architect of the constitution.
Congress leader K. V. Thomas told IANS that “intolerance” and price rise are among the issues the party will raise during the session. The party has also said the onus was on the ruling coalition to ensure “two-way traffic” in parliament.
[dropcap color=”#008040″ boxed=”yes” boxed_radius=”8px” class=”” id=””]Y[/dropcap]echury said “growing communal polarisation” will be among the major issues to be raised by the party. The CPI-M leader said there had been an array of “economic attacks” on people including rise in price of petroleum products. He said party will raise the issues concerning employment, suicide by farmers and government’s decision to liberalise norms for foreign investment in 15 sectors close to parliament session.
Yechury said the government had not been reaching out to the opposition parties and said it had not convened an all-party meeting on any of the contentious issues.
Yechury blamed the government for disruptions in the parliament. “It is disrupted because government is very obdurate,” he said.
[dropcap color=”#008040″ boxed=”yes” boxed_radius=”8px” class=”” id=””]T[/dropcap]he monsoon session of parliament was almost washed out over demands by Congress and some other parties for resignation of External Affairs Sushma Swaraj and Rajasthan Chief Minister Vasundhara Raje for their alleged help to former IPL chief Lalit Modi and of Madhya Pradesh Chief Minister Shivraj Singh Chouhan over the Vyapam controversy.
Yechury said issues pertaining to the three Bharatiya Janata Party leaders were “not irrelevant” but “much more issues have cropped up.”
Congress MP Sultan Ahmed said the Bihar verdict will lead to consolidation of opposition unity inside and outside the parliament.
“Bihar verdict should be a lesson for the NDA government. It should bring about a change in its attitude,” he said, adding that the government had been using its “brute majority” to get legisation passed in the Lok Sabha.
[dropcap color=”#008040″ boxed=”yes” boxed_radius=”8px” class=”” id=””]A[/dropcap]hmed said that parliament should function smoothly as it is a platform to raise public issues. The government has urged the opposition parties not to go by political considerations on the GST Bill which has not yet been passed by Rajya Sabha where it lacks a majority.
the Congress, the largest party in the upper house, has said the its “pro-consumer” concerns on the bill should be addressed.
The Congress demands include a cap on the GST rate at 18 percent, deletion of the provision which allows imposition of one percent tax by additional levy, an independent dispute resolution mechanism and compensation to panchayat and urban bodies for loss of revenue along with that to the states. The government is also keen on passage of the Real Estate (Regulation and Development) Bill.
PRS Legislative Research, which tracks the work of parliament, said the key lay in the government building consensus.
“In the winter session there are only 15 days on which the government’s legislative agenda can be discussed. Disruptions in either house would delay the passage of bills. Building consensus would be the key to the smooth functioning of parliament in this session,” Chakshu Roy, head of outreach at PRS Legislative Research, told IANS.
[dropcap color=”#008040″ boxed=”yes” boxed_radius=”8px” class=”” id=””]M[/dropcap]inister of State for Parliamentary Affairs Mukhtar Abbas Naqvi hoped the winter session will be “fruitful, progressive and constructive.” “We are prepared to discuss any issue permitted by the chair,” Naqvi said.
According to PRS Legislative Research, some of the bills pending for passage in either house include the Negotiable Instruments (Amendment) Bill, 2015, The Whistle Blowers Protection (Amendment) Bill, 2015, The Scheduled Castes and Scheduled Tribes (Prevention of Atrocities) Amendment Bill, 2014 and the land acquisition bill – apart from the GST Bill.
The session will end on December 23. 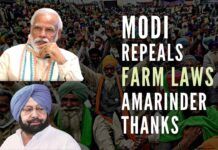 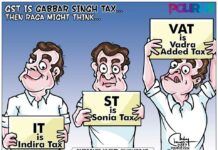