In what came as a major disappointed to India Inc., the Reserve Bank of India (RBI) on Tuesday kept the lending rate unchanged despite pressure from the Government and clamor from the industries.

Citing rising food price inflation and failure of banks to pass on the benefit of previous interest rate cut of .75 basis points, to the consumers, RBI governor Raghuram Rajan, in his third bi-monthly policy review of the current fiscal year, left benchmark lending rate unchanged at 7.25% and Cash Reserve Ratio (CRR) at 4%.

In three tranches of .25 points, the RBI has cut interest rate by .75 points since January this year, but the banks have passed only .3 point to the borrowers.

“Given that policy action was front-loaded in June, it is prudent to keep the policy rate unchanged at the current juncture while maintaining the accommodative stance of monetary policy”

The Governor laid down conditions for further reduction on rate, saying it will depend on fuller transmission of rate cuts by banks, food prices and US Federal Reserve move on tightening liquidity. The Governor also said the RBI will monitor the progress of monsoon to decide on its next court on rate cut front.

Inflation projections for January to March 2016 are lower by about 0.2%, he said. However, indicating that the economy was turning the corner, Rajan said that the economy could grow by 7.6% in 2015-16 and the outlook was improving gradually.

Rajan sounded conciliatory on the Government move to end the veto power of RBI Governor in deciding the interest rate, saying it would be better for the monetary policy committee (MPC) to decide benchmark rates rather than one individual.

The recently released revised draft of Indian Financial Code (IFC) has recommended ending the veto power of the Governor and leaving it to seven-member committee to decide on interest rate with a majority vote.

While the Governor was confident that the inflation would remain around 6% by early June 18, he expressed concern about spike in the non-food and fuel inflation. Consumer price inflation accelerated to 5.4% in June from 5.01% in the preceding month on rising food prices.

But India Inc was hugely disappointed with the RBI’s decision on interest rate.

“India Inc is surely disappointed with RBI not announcing any cut in the policy interest rates, which have become one of the biggest drags on their balance sheets. It is a missed opportunity again.”

Kapoor said favourable factors like falling commodity prices should have been utilized by the RBI to lower interest rate to revive consumer demand and help corporate de-leverage balance sheets.

Director General of Confederation of Indian industries (CII) Chandrajit Banerjee said the RBI should have reduced interest rate to give a strong signal to the industry. “The RBI’s decision to maintain the status quo on policy rates indicates a guarded approach towards monetary easing to restrain inflationary expectations…”, he said.

“India Inc is surely disappointed with the RBI not announcing any cut in the policy interest rates, which have become one of the biggest drags on the balance sheets of the corporates” Assocham Secretary General DS Rawat said. 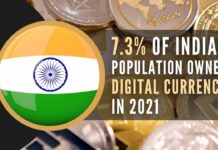 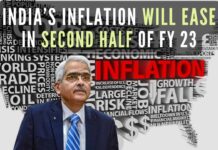 The New Truth About Free Trade

Why the US Fed is not raising rates