My article dated 12th December suggested that National Sample Survey (NSS) could, apart from economic surveys, also do monthly surveys on topics of even political importance (like farm laws, CAA, etc) and publish the results nationwide, state-wise, farm-holding-wise, gross income-wise, etc., as a way to pre-empt/ minimize such agitations in future[1]. This suggestion is still very much valid, but this is a long term solution, not a solution to handling the agitation against farm laws.

My next article dated 15th December suggested that in case the farmers’ agitation gets out of hand, the farm laws could be agreed to be amended such that they won’t apply to states that don’t want to implement them[2].

Since these articles appeared, much has happened. Farmers’ agitation is continuing, and the agitating farmers and their supporters insist that the government should scrap the 3 farm laws rather than amend some clauses to address the farmers’ concerns. And Supreme Court is also seized of this case.

Also, CNN Network 18 has conducted a nationwide survey of farmers and published the findings[3]. The long and short of the survey findings is that a majority of the farmers, across India, and even in Punjab and Haryana, back the 3 farm laws and don’t support the agitation. So, implementing them only outside Punjab and Haryana is also likely to leave some discord among the small percentage who are opposed to these laws from the other states. The reasons for such a significant percentage of opposition to farm laws could be political, vested interests, poor understanding of the 3 farm laws, etc.

The ideal solution is to give the farm laws to those who want them and exempt the agitators. It may appear that this is not easy to implement and may even defeat the very purpose of the farm laws, but it is not so. After all, even now, if the farm laws are implemented, and a significant percentage of the farmers are adamant not to consider the non-mandi option, the government can do nothing about it.

The government can agree to amend the laws such that farmers who want them can have the benefits of the 3 laws, and those who don’t want them should be able to work as if the laws didn’t exist for them.

Over time, based on how well these laws work for or against the interest of the farmers, some farmers from either side would want to switch to the other side, and this should be seamlessly possible.

By default, the laws should apply to all farmers, and those farmers who don’t want them should be able to opt-out of them.

In reality, implementing the laws by itself implies just this, because the laws only say it is optional for all farmers to sell their produce to the Agricultural Produce Market Committee (APMC) mandis. But if the agitating farmers who want to opt-out want the government to do something specific and reasonable to operationalise this opting out, the government could agree. This will be face-saver for everyone.

In all probability, the number of farmers who opt-out is likely to be very small.

If the government’s claim that these laws are in the farmers’ interest is true, within a year or two, this will become clear to the farmers, and almost all the farmers will opt for these laws.

If the agitating farmers’ claim that these laws are against the farmers’ interest is true, within a year or two, this too will become clear to the farmers, and lots of farmers will opt out of these laws, or simply not exercise this option.

In either case, market forces will determine whether the 3 farm laws work for the farmers or not, very soon. Instead of this issue being decided by the government or the agitating farmers, the market forces can decide the issue. 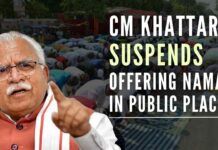 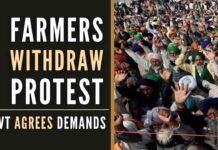 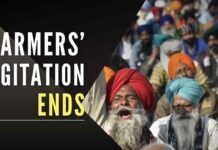