[dropcap color=”#008040″ boxed=”yes” boxed_radius=”8px” class=”” id=””]A[/dropcap] report of the medical board of the All India Institute of Medical Sciences (AIIMS) that went into the findings of the Sunanada Pushkar’s viscera test by the United State’ Federal Bureau of Investigation (FBI), has made the sensational claim that there was an attempt to “botch” up the investigation so that the correct cause of the death could not be established.

Due to limited volume and generally degraded nature of the biological specimens submitted, quantization of the identified drugs was not performed…
FBI report

Among other things that raise serious questions about the way the Delhi police handled the investigation after Sunanda’s death on January 17, 2014, was the shoddy preservation of the most crucial piece of evidence—viscera.
According to the AIIMS report, the police sent `degraded’ and insufficient quantity of viscera that came in the way of the FBI to track several possible substances that might have been used to kill Sunanda. The report has quoted the FBI lab findings (page 4) to drive home this point. The relevant portion of the FBI report said, “Due to limited volume and generally degraded nature of the biological specimens submitted, quantization of the identified drugs was not performed. Item 11(blood), this sample was received with low volumes, high viscosity and was degraded”.
[dropcap color=”#008040″ boxed=”yes” boxed_radius=”8px” class=”” id=””]T[/dropcap]he report prepared by Chemical, Biological, Radiological and Nuclear Sciences Unit (CBRNSU) of the FBI further said, “The testing indicates that there was no significant sources of radioactivity that may have been caused by the presence of detectable levels of Polonium 210”.
The AIIMS report has made a scathing comment on the way the police preserved the viscera sample and suspects there may have been a motive to botch up the probe. “This is a grave issue of concern for our legal investigation system and the legal/ scientific sanctity of the viscera examination, which raises serious medical and legal apprehensions about the quality of Forensic Lab report/supervision of legal investigation/accountability to maintain legal sanctity/ custody of biological evidences in cases of death investigation”, the AIIMS report said.
“It creates doubt/ lacunae in reference to various legal cases where the pangs of justice, hinges upon the findings of viscera examination report and the same are required to be examined. An appropriate legal remedial measures/action need to be instituted in this case as well as in the general interests of investigation/natural justice delivery system”, the report further stated.
[dropcap color=”#008040″ boxed=”yes” boxed_radius=”8px” class=”” id=””]”T[/dropcap]he Central Forensic Science Laboratory (CFSL) Delhi as well as FSL Delhi had been supplied with the Post-Mortem report which clearly mentioned about cause of death due to poisoning and hence specific request was made to analyze the presence of Alprazolam. The viscera were analyzed at CFSL and FSL. However both of them could not detect the presence of Alprazoalm and gave negative report even when the various viscera/blood samples of the deceased were fresh with the sufficient amount of viscera, it said.
The million dollar question is who was trying to derail the investigation and to save whom. The AIIMS report has pointed the finger at Congress MP and Sunanda’s husband Shashi Tharoor for trying to mislead the investigation by making the doctors believe that Sunanda suffered from the deadly lupus disease. 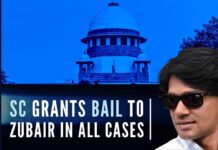 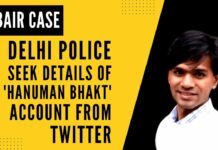