When facts don’t matter, fickleness and flippancy rule. They surely rule in India.

Public opinion, they say, is fickle. We, however, have redefined fickleness: changing one’s views on a subject without much discernment, unquestioningly following public opinion are passé; now we change our views (literally) by the minute. Without any application of mind—almost like the bank’s software sends you an SMS when you withdraw money from an ATM—we respond to events. This is exactly what happened on Monday morning when results of Gujarat and Himachal Pradesh elections started coming out.

Of course, she was ridiculing Congress supporters, but BJP sympathizers are little better. What is common between the two—indeed to all Indians—is our penchant for conspiracy theories. Victories or defeats in polls are not due to the preferences of the electorate; these are the results of the machinations of scheming politicians, usually those in power. People and their likings don’t matter; shenanigans do.

If Modi manipulated EVMs in Gujarat, as his opponents say he did, why did he not ensure that his party got 150 seats

Now, politicians in India, or elsewhere, are no angels; but one has to stretch one’s credulity to ludicrous limits to believe that they are so powerful or clever as to manage every electronic voting machine, the entire oversight mechanism, the media, everything, to get the desired results. If that were the case, the Congress-led United Progressive Alliance would not have lost the 2014 elections. Nor would have Prime Minister Narendra Modi faced the humiliation in the Assembly elections in Delhi and then in Bihar. After all, UPA chief Sonia Gandhi and Modi are regarded as completely unscrupulous by their detractors.

Further, if Modi manipulated EVMs in Gujarat, as his opponents say he did, why did he not ensure that his party got 150 seats which he and his confidante BJP president Amit Shah so pompously claimed it would win? If he could doctor EVMs to get 99 seats, he could also have secured 150 seats, or even more.

Furthermore, why did Modi campaign so arduously and abrasively in Gujarat? He needn’t have stooped so low as to cast aspersions on the patriotism of a former prime minister and a former Army chief if he could plot a victory by unfair means.

These are obvious questions, but nobody even looks at them—let alone answer them—when hurling allegations. The reason is that we tend to be flippant when discussing any issue of public interest, be it elections or cricket matches. We don’t lose important matches because our players don’t give their best performance or the opponents play better; there are always wicked match-fixers and corrupt cricketers. We don’t lose because in any match a team has to lose; there is always a conspiracy.

We are convinced that everybody is against us, scheming to bring us down.

This is not to say that there are no plots, corruption, or wickedness; but to explain everything by taking recourse to conspiracy theories is symptomatic of self-righteousness and paranoia. Self-righteousness because we are dogmatically convinced about our goodness and capabilities. And paranoia because we are also similarly convinced that everybody is against us, scheming to bring us down. Whether it is the political party we support or the team we cheer, our cause is just and noble; others are just trying to crush us and crush us unfairly.

So, Congress supporters remain blind to the inadequacies of their leader, the disarray in the party, the lack of narrative, etc. Rahulji is so good and hardworking, our party is great, and therefore we ought to win. Period.

Ditto with the Modi-bhaktas. He is the best leader the country has had in the last thousand years; everything he does is good; the havoc caused by demonetization and GST implementation is a myth. So, he must win; if he doesn’t, some evil forces are at work.

When facts don’t matter, fickleness and flippancy rule. They surely rule in India. 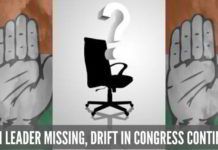 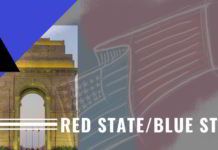