Hinduness, or Hindutva, still has vitality

Isn’t it interesting that Muslims are being arrested for killing Hindus in Bharat every day, but there is no outcry, while the Muslim hijab or burqa is trending globally? Hijab protests, which began on February 04 at Government Girls PU college in Udupi district when some students alleged they were prohibited from attending classes, have now made international headlines. Is this blunder or a plot in which Congress leader Priyanka Vadra tweets?

“Whether it is a bikini, a ghoonghat, a pair of jeans or a hijab it is a woman’s right to decide what she wants to wear. This right is GUARANTEED by the Indian constitution. Stop harassing women.”

Whether it is a bikini, a ghoonghat, a pair of jeans or a hijab, it is a woman’s right to decide what she wants to wear.

This right is GUARANTEED by the Indian constitution. Stop harassing women. #ladkihoonladsaktihoon

Is it possible that Priyanka is unaware of the school’s dress code? Did Priyanka herself ever go in a bikini to school?  Priyanka Vadra’s tweet cannot be considered dumb, but it is a conspiracy. Is Priyanka Vadra a part of the toolkit used to defame Hindus through tweets like this? In front of Hindu students, we saw a video of a Muslim girl chanting Allah-Hu-Akbar. The entire Muslim left gang is now attempting to turn the burqa girl into an international celebrity. However, I have yet to find a single tweet from Priyanka Vadra, so-called feminists, or Ganga Jamuni Tehjib watchdogs in support of a Hindu girl who was injured in stone-pelting by Muslims as a result of the hijab row. What will you call it if you don’t call it a conspiracy or hypocrisy?

The Hindus of this country have forgotten that a Hindu girl named Lavanya was forced to commit suicide by conversion demons just a few days ago. In India, protests were held against this horrible crime. However, this burqa episode appeared out of nowhere. This false burqa episode, I believe, is a well-planned attempt of Tadka rescuing Putna. This Islamic-Christian nexus has now been exposed. Both of these Abrahamic religions may be warring throughout the world, but it is not an exaggeration to say that they are working synergistically in Bharat to eradicate Hindus and Hindutva.

After all, why was there a stumbling block in the way of Hindutva? There is a firm perception that Hindutva, or ancient Bhartiya culture, is inherently good. When we look at the anti-Hindutva factors, we can see that superstition in Hindu society and English-based education are the two key causes. The following points can be used to illustrate the destruction caused by these two factors:

The game of Hindutva’s annihilation, which began openly during Macaulay’s time, continues to this day. And the Hindu is dozing off in his eternal slumber. It’s become so bad that extreme lefty Sagarika Ghosh developed the term “Internet Hindu.” She does this because she knows that Hindus would only make noise on the Internet. What is the current state of Hindu temples? Who is to blame for this mess? When Hindu temples are desecrated or other anti-temple incidents occur nowadays, people on social media raise a stink, but on the ground, the number of people working in this direction is minimal. Whose responsibility is it to boost the number of persons working in that direction?

Anti-Hindu religions (Islam and Christianity) have taken to the streets today, and occurrences like breaking into Hindu homes and performing Namaz have begun to occur throughout the country; but on the contrary, electric motors are utilized to ring bells and dholaks in Hindu temples during Puja or Sandhya. Isn’t this something that should be considered as a Hindu deformity?

This distortion benefits today’s power-hungry political parties, resulting in hefty honoraria for Mullah Maulbis while Hindu temple priests are assaulted and saints are slain. Leftist authors’ books sell like hotcakes in a Hindu-majority country like Bharat, and their writings become viral overnight. On the other hand, books about the Sanatan Hindu Dharma and the nation continue to find readers. Even the most powerful Hindu organizations do not consider supporting their Hindu scholars. Is this idea that “only work is going on” not a Hindu deformity? Will non-Hindus read Hindu thought authors’ publications on Sanatan Dharm? Will they make those books available to every Hindu? Will non-Hindus watch films or videos promoting Hindu awakening? There are many such problems that only Hindus can answer by working in this direction; if this does not happen, then the truth is that Islam and Christianity have confined numerous civilizations to museums around the world. Hindus are naive to believe that this will never happen to them. Pakistan was formerly a part of Hindu Bharat like Bangladesh was also a part of Hindu Bharat, but what is their current identity?

It is the undeniable truth, and everyone is aware of it. If not today, but tomorrow, those who do not believe in Ram, Krishan, Shiv, Shakti, and other Devtas would undoubtedly fight Hindus. This is a hard reality, and the sooner a Hindu acknowledges it and prepares for it, the better.

Hindus should be aware of a large number of gym trainers today. Isn’t it true that in the gym, the same non-Hindu trainers train Hindu girls? Can Hindus disagree that these gyms are being used in love jihad? Who are the barbers, tailors, vegetable vendors, taxi drivers, and others in vast numbers? And Hindu parents must be anxious about the future of their children. Whose future is jeopardized by drug abuse? Do drug addicts really go to the gym? Who is troubled by love jihad, land jihad, and the mushrooming of Mazars?

There will be no recital of the Ramayana or Yagya in churches or mosques. Only Hindus are being bitten by the deadly snake of secularism. Are Hindus unaware that secularism is being used as a weapon against non-Hindus? It is in Hindus’ best interests to grasp this reality as soon as possible. Otherwise, ‘this house is for sale’ signs have begun to appear in some areas.

Bans on participating in Hindu festivities are becoming increasingly common, and Hindu society is either bearing silently or demonstrating cowardice by claiming that following rules is necessary for modernity. Hindus frequently express concern about their livelihood, but do they know how Hindus in areas of Bharat where non-Hindus have become the majority are faring? Such information is regularly spread through social media and mainstream media. In some ways, it’s understandable to be concerned about one’s family, job, or livelihood; nevertheless, will crying work or will work be necessary to address the situation when people who aim to destroy everything arrive in front of you?

Whose children are the driving force behind the growth of convent schools and colleges? Hindu is the answer. Convent schools were established to rid the world of idolatrous Hindus. Despite this, Hindu children pay lakhs of rupees to study in these convent institutes. In these convent institutions, even the children of Hindu leaders or office bearers of organizations dedicated to Hindu awakening study. What would you name this Hindu mentality if it’s not labeled stupidity?

Knowing everything and acting as if you don’t know what you’re doing is mental cancer. Hindu society’s deformity is to work like a maniac to obtain credentials from foreigners for everything. Isn’t it a disgrace that Hindus must live in refugee camps in their own country? Isn’t building old age homes and increasing their numbers in Bhagavan Ram’s homeland, where he went to the woods on his father’s orders, a deformity? Isn’t it a disgrace that Hindu sisters and daughters have become entangled in a love jihad plot? If a non-Hindu who kills a cow dies for whatever cause, the entire country becomes a global outrage, but the brutal killing of RSS volunteers cements the people’s lips. What will be the name of this mental leprosy? Was the act of destruction in Delhi’s Kalka Mata temple less than the anti-Hindu incident in Bangladesh, as everyone witnessed during the Shardiya Navratri festival?

There is much that can be written about Hindu society’s deformity, yet it is also true that Hinduness, or Hindutva, still has vitality. The life light of Hindutva will continue to prosper as long as Hindu scriptures such as Ved, Valmiki Ramayan, Mahabharat, and Upanishads remain relevant texts, as long as Hindus follow their guru tradition, and as long as Hindu society works for Sanatan as Dharm rather than religion. And, given enough time, it will re-ignite completely. There is only one duty that needs to be accomplished, and that task is for Hindus to overcome their mental deformity and act in the interests of Hindu awakening and strengthening from the comfort of their homes. Otherwise, the museum will be out of luck this time; the most recent example of this is Afghanistan. 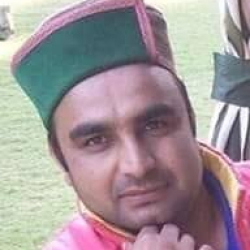 Are Indirect Taxes Unfair and Regressive?

Another State vs Centre battle for big bucks that went up...