“Despite having an unprecedented and successful vaccination program, despite the fact that for almost five months, free vaccines have been available at 80,000 different locations, we still have nearly 80 million Americans who have failed to get the shot,” Biden said.

His analysis and reasoning

President Joe Biden outlined a broad plan Thursday to increase COVID-19 vaccination rates in the U.S. as cases plateau at a high number, pressuring private employers to immunize their workforce as well as mandating the shots for federal workers, contractors, and employees of healthcare facilities that receive Medicare or Medicaid funding.

One department contradicting the other and Mr. Biden is incoherent and ready to be changing his storyline every minute as he pursues this path of destruction with relentless precision.

The nation is reporting an average of 151,500 new cases per day, according to data compiled by Johns Hopkins University, hovering around levels seen in late January. The country is reporting an average of about 1,500 Covid deaths per day, according to Hopkins’ data, in line with numbers seen in March when the U.S. was coming down from its winter surge.

What he did not say

There has been an alarming rise in illegal immigrants into the country and what is described as Southern Surge. As at end of July close to 1.2 million illegals have come in and growing. None tested and many in less than acceptable detention centers – no ICE. No CBP mandates and DHS empowering its officers to make random decisions on granting asylums.

They were transported in buses, planes and located in cities with no prior info or reporting to state – local – community authorities. Like the French Revolution-style, perhaps Democratic progressives have a wish list to direct the traffic.

The real reason for the surge in active cases and the constant changing of mandates is yet to be explained. How come we have 2 million-plus active cases in just one state, one state, namely California.

There have been reported cases of over 325,000 school-going children affected after school reopening. What caused this spike?

All of the above is in Mainstream Media (MSM) and there are no secrets here. We need more data, information, and communications Mr. Biden, and not just orders.

Now add the Afghan refugees – 65,000 plus and counting and again No tests – No vetting – No validation

One department contradicting the other and Mr. Biden is incoherent and ready to be changing his storyline every minute as he pursues this path of destruction with relentless precision. Yes, it’s the buffoon kingdom.

You Progressives – you advocate Pro-Choice and yet you provide No choice – if your body is your right and killing is your choice then how come my body is not my choice to annihilate your mandates? Logic doesn’t work for these irrationals.

There were unusual spikes in Covid-related data where sewerage data was being tested in Florida for contamination and between April 2021 – July 2021, the contamination levels had increased well past 600%. Reasons unknown and the report cast away. This was being done to study how the virus can spread and contaminate – data stopped.

Was Florida the dumping ground to punish Ron De Santis and as much as Greg Abbott in Texas with the surge, one wonders…

Look at the data table and data doesn’t lie

There are 1 million-plus job openings and yet no one wants to work – why? Is it because:

Now look at what slipped through the cracks:

So, we have a structural and fiscal problem. We have blown the debt and debt limits.

Truth and honesty and an administration beset with hate and an anti-Trump agenda – fearful of their acts being exposed – jumping from one crisis to another and layering financial and social avalanche one over the other.

From pandemic to stimulus to border surges to critical race theory to defund police to nationalized police reforms to nationalized voting laws to naturalization to Afghan and global policy disaster – the administration is charting a course that is worse than what the communist czars would have dreamt.

To cap it all and after two decades this regime would have legitimized and appointed and at least 13 in the wanted list – who hurt us on 9/11 – hoisted back into power.

I was in one of the buildings on 9/11 and we managed and suffered the agony for many many days and many months and perhaps a few years as the final pieces crumbled to be replaced with a giant hole of sorrow and hope.

The man at the helm has not given us hope but fear with tactics and solutions that create more problems and his today’s speech on vaccine mandates is no exception. 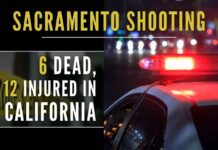 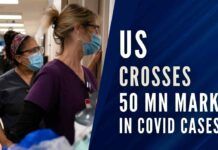 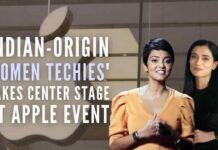