The Jihadis‘ are again playing victims on TV debates, and as usual, getting away with it, as nobody makes few simple points to them:

Human beings are supposed to be in control of themselves and are therefore responsible for their actions.

And TV Jihadis‘ are also using the tyranny of low expectations: Muslims are afraid of doctors as they do not trust them, and therefore they are pelting stones. I remember that in my childhood in my village if veterinary doctors had given injections to buffaloes, the buffaloes then would be afraid of everybody dressed in Western clothes for many weeks afterwards. But they were buffaloes, not human beings.

Ignorance of law has never been a defence. If the law says that you have to be in lockdown and have to allow yourself to be tested whenever doctors deem fit, you have to obey it. And human beings are supposed to be in control of themselves and are therefore responsible for their actions.

Animals do not know our laws, and therefore we do not arrest and charge them for breaking laws. But then we also do not allow animals amidst us if they are likely to harm us. We allow those of them that do not harm us such as cats and dogs, but even the domesticated animals that may harm us are kept in chains. And those which can harm us are not allowed in our villages, towns, and cities. We chase them immediately out, and in extreme cases, we shoot them on sight. Some of them we do keep in our cities for our children to see, but we keep them in cages. 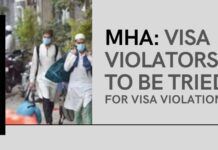 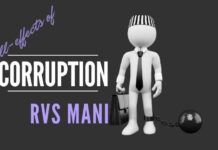 Corruption and its concomitants Maulana, Tablighi Jamaat and the realpolitik of moderate Islam