Portions which can only divide them and give a wedge, a weapon, to their enemy. And will go extinct as a result, and will take with them the most beautiful thought: Sanatan Dharma.

But it is different with us Homo Sapiens. We, or at least the intelligent among us, can perceive that the environment is changing when it changes. We can as a result change ourselves, and change even the environment to our will. In winters when we fly from Chennai to Delhi we take woollens along. We bring water by a canal where there is no river. We make water flow upwards. We avoid places where there is danger or carry guns.

We can change ourselves and our environment. But not the Hindu upper castes. They refuse to change even as they are staring at certain annihilation. They are not ready to hug even their own. Their own who are now being used by their enemies as weapons against them. They themselves wrote some शास्त्र (ethology) and now are not ready to have a relook at them. Are not ready to discard portions not relevant to present times. Even when they can no longer enforce those portions. Portions which can only divide them and give a wedge, a weapon, to their enemy. And will go extinct as a result, and will take with them the most beautiful thought: Sanatan Dharma.

The British enslaved the world but they were also the ones who abolished slavery, waging many wars to abolish it. Intelligent race. That is why they ruled and are ruling the world.
Hindu upper castes are not ready to accept the only constant of the universe: that it is always changing and those who can not manage the change are crushed out of existence. Nature is very cruel to the stupid. 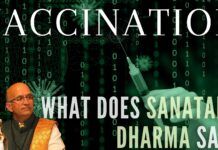 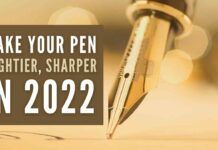 Make your pen mightier and sharper in 2022 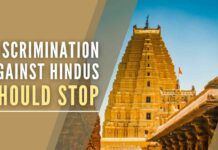 Ayodhya dispute may be about land, but it’s a matter of...