[dropcap color=”#008040″ boxed=”yes” boxed_radius=”8px” class=”” id=””]H[/dropcap]ome Minister Rajnath Singh on Tuesday said the government was ready to discuss and fix the issue of intolerance and will do anything possible to maintain peace and tolerance in the country. Replying to the debate in the Lok Sabha on the situation arising out of incidents of intolerance, the home minister said there were forces who were making an issue out it.
“There has been an effort to raise a question on our tolerance,” he said.
The minister said “India was, is and will be tolerant”, and remains so under no pressure as tolerance was in its culture.
“I want to assure all political parties, scientists, artistes and others that we will not allow intolerance.
“If they feel that there is intolerance, please come and discuss it, we will work on the issue,” he said.
“I am prepared to sit with you and would do everything possible to ensure tolerance in the country.”
[dropcap color=”#008040″ boxed=”yes” boxed_radius=”8px” class=”” id=””]O[/dropcap]n the Dadri lynching incident, where a Muslim was killed by a mob following rumors that he ate beef, the home minister said the report from the Uttar Pradesh government could not reach any conclusion. “I was ready that if the state government would ask for probe by the CBI, I would allow it,” he said.
On the issue of renowned Kannada writer, research scholar and rationalist M.M. Kalburgi, who was shot dead in Karnataka in August, the home minister said the state CID was investigating the matter but if the Karnataka government wants it to be probed by a central agency, the government was ready for it.
“If they want it to be probed by the CBI, we are ready for it,” he said.
On the issue of minister V.K Singh comparing Dalits with dogs, the home minister said he had spoken to him and the minister told him that he was “misquoted”.
Rajnath Singh said he met V.K. Singh and told him that a statement must be made in a way that it could not be misquoted.
The home minister also talked about how all national newspapers carried news item on the front page when he advised his minister and leaders not to make any controversial statements.
[dropcap color=”#008040″ boxed=”yes” boxed_radius=”8px” class=”” id=””]A[/dropcap]s the opposition parties, including the Congress, Left, Trinamool Congress and JD-U, staged a walkout when he referring to other countries on intolerance, Rajnath Singh said he listened to them patiently but they left the house without letting him complete his answer on the questions that they had raised.
“The country would decide who is tolerant and who is not,” he said.
The home minister said the government was being targeted in the name of intolerance.
“There have been attacks in the name of intolerance, we are not tolerant due to pressure from somebody but it’s in our culture,” he said.
[dropcap color=”#008040″ boxed=”yes” boxed_radius=”8px” class=”” id=””]H[/dropcap]e said anybody who tries to disturb peace in the country would be dealt with strongly. He also said the subject of the debate was “dangerous and self-destroying”.
“This subject is dangerous and self-destroying. What king of signal are we sending to the world outside? This allegation is not against the government… (it is) against the Indian society,” he said.
The home minister also asked the opposition parties to “honor the mandate the NDA government has got”.
He said a handful of people cannot paint the government black. 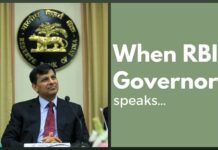 The world listens when the RBI Governor talks 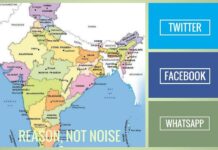 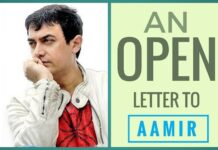 An Open letter to Aamir Khan: India is intolerant? Really??

Hotspots in the Hindi Belt, Part 1 – the Northern Arc