[dropcap color=”#008040″ boxed=”yes” boxed_radius=”8px” class=”” id=””]T[/dropcap]he most common term being thrown about in the last few weeks is ‘intolerance’. As expected the media and every other person who has a bone to pick with Prime Minister Narendra Modi has used this term, with or without context. We, however, aren’t getting into the politics of it all. What we are instead going to look at is how Indian culture has been the most tolerant one.
Hindu rulers of India have no history of violently invading other nations nor has there been persecution of people belonging to other religions. Waves of immigrants from the Iranians and Persians to the Tibetans have been given refuge here. What’s more? They have been given total rights to continue with their way of life. Tolerance is not about just living together in harmony, it is about assimilating the best of everything into your culture. There can hardly be a better example than the Indian culture that has opened its arms and welcomed the best of everything from around the world.
Let us look at a few instances from history and some facts that’ll make it amply clear how tolerant and accommodative Indian culture actually is.

Every Indian is given equal rights and complete freedom to practise the religion of his/her choice. It is only the media which blows up every incident to create an ‘emergency’ like situation. As the popular saying goes ‘a lie travels half way around the world while the truth is putting on its shoes’ and the Indian media that always looks for sensationalism takes advantage of it to foment insecurity. The plurality of this country has been resting on the tolerant nature of indigenous religions. In fact it would not be an exaggeration if we say that Indian culture is the most diverse, plural and tolerant one. 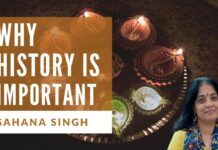 Sahana Singh on the importance of knowing one’s history 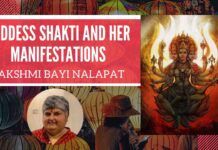 Lakshmi Bayi Nalapat on Goddess Shakti, the Janani of the universe

How westernized side of my background helps me with purva-paksha