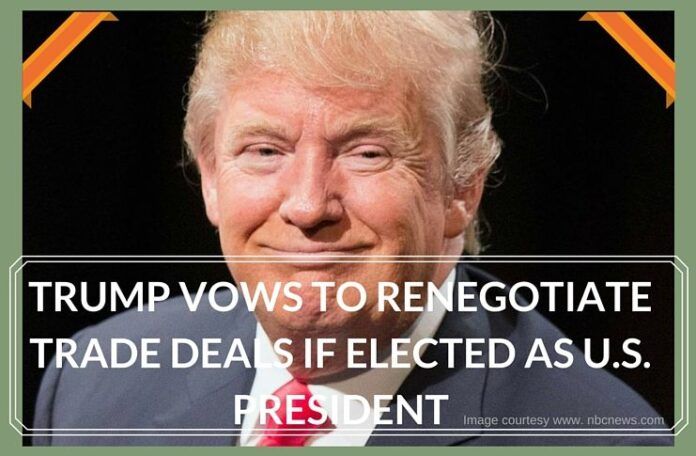 [dropcap color=”#008040″ boxed=”yes” boxed_radius=”8px” class=”” id=””]”I[/dropcap] pledge to never sign any trade agreement that hurts our workers, or that diminishes our freedom and independence,” Trump said in a speech on Thursday night while accepting the presidential nomination at the Republican National Convention in Cleveland.

“We will never, ever sign bad trade deals. America first, again,” Trump said, adding that a new trade policy would be “a signature feature” of his presidency from the moment he takes office.

Trump has rallied against the North American Free Trade Agreement (NAFTA) and the Trans-Pacific Partnership (TPP) throughout his campaign and promised to renegotiate what he called those “horrible trade agreements.”

“That includes renegotiating NAFTA to get a much better deal for America – and we’ll walk away if we don’t get that kind of deal,” he said, referring to a three-country free trade agreement between the United States, Canada and Mexico.

“No longer will we enter into these massive deals, with many countries, that are thousands of pages long – and which no one from our country even reads or understands,” he said, adding that he will “make individual deals with individual countries” instead.

Citing his successful business career, Trump said he would bring jobs back to the United States and punish companies that move abroad.

“I am going to bring our jobs back to Ohio and to America and I am not going to let companies move to other countries, firing their employees along the way, without consequences,” he said.

Trump’s protectionist trade rhetoric was in a stark contrast with the Republican’s traditional position of backing free trade in the last three decades.

Economists have warned that withdrawing the United States from the global trade would severely damage the nation’s economy and result in millions of American jobs lost. 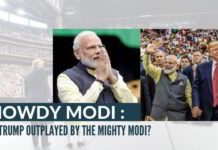 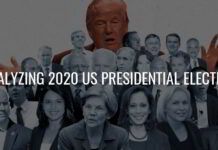