In Part 1, we described the approaches that can be used to bring back Black Money. Part 2 described how Marcos looted Philippines. In Part 3, we discussed the efforts of the Philippines Government in bringing back the money of Marcos. The next two segments detail how Mubarak amassed his fortunes and the efforts of the Illicit Gains Authority (IGA) of Egypt in recovering back the ill-gotten gains.

Let us take a brief tour of Egypt’s history before chronicling the rise of Hosni Mubarak. Gen. Gamal Abdel Nasser became the President of Egypt in 1956 till his death in 1970. He was succeeded by Anwar Sadat, who brought a series of reforms, in an attempt to democratize Egypt. Hero of the Yom Kippur War of 1973 for having briefly re-claimed the Sinai Heights area (which Egypt had lost to Israel in 1968), he was among the first ones to try and attempt to reconcile with the existence of Israel. Following excerpt from wikipedia.org:

On 19 November 1977, Sadat became the first Arab leader to visit Israel officially when he met with Israeli Prime Minister Menachem Begin, and spoke before the Knesset in Jerusalem about his views on how to achieve a comprehensive peace to the Arab–Israeli conflict, which included the full implementation of UN Resolutions 242 and 338.

Both Sadat and Begin were awarded the Nobel Peace Prize for creating a Peace treaty. In his acceptance speech, Sadat referred to the long-awaited peace desired by both Arabs and Israelis. With Egypt gaining Sinai Heights permanently, it was seen overall as a victory for Sadat.

Sadat was assassinated on October 6, 1981 and within days, Mubarak became the President and went on to rule Egypt for almost 30 years. The Arab Spring, which started in Tunisia consumed his presidency on February 11, 2011. At the time of stepping down, Mubarak and his family were alleged to have amassed anywhere from $40 billion to $70 billion. The breakdown, according to ABC News, includes $17 billion for Mubarak, $10 billion for his second son, Gamal, and $40 billion for the rest of the family. This Bloomberg video about Mubarak’s great wealth details how the Mubaraks own property in London, Paris, New York, Dubai, Frankfurt and Washington DC. The sons own Hyundai dealerships and also several Chili’s restaurants.

How did Mubarak make his fortune?  Looted assets are rarely removed from a country in the form of cash in a suitcase, said Nicholas Shaxson, author of “Treasure Islands: Tax Havens and the Men Who Stole the World.” He added that it’s fairly easy to plunder a country when you control the whole political system. What’s more likely to happen is that cash is removed through commercial trade deals.

“If you buy machinery for instance worth $1 million, you pay $2 million, and the trader might agree to put $1 million into a bank account in a tax haven,” explained Shaxson. Egypt, like any other developing nation, imports practically everything and every import is an opportunity to skim money.

Where are they being held?
Mubarak and his sons own property not only in Egypt, but also London, Los Angeles and New York, according to reports cited in The Washington Post. In London, Gamal Mubarak, 47, owns a house in a neighborhood where homes sell for as much as $20 million. As for the rest of the fortune, the family reportedly has billions stashed in foreign banks and offshore accounts.

In the next segment, we will detail the efforts of Egypt post-Mubarak in recovering the ill-gotten gains of Mubarak and his inner circle.

Click here for the next part in #BringBackBillions Part 5 – Recovering the wealth of Mubarak
Note:
1. Text in Blue points to additional data on the topic. 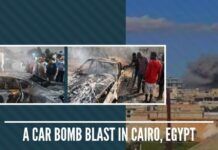