US-based microblogging site Twitter on Monday told the Karnataka High Court it was being asked by the Government of India to block accounts, rather than just a tweet that was deemed improper, because of its political content. As a platform, it was affected by the Indian government asking it to take down accounts without issuing notice to the alleged violators and many of the tweets being asked to be blocked were “innocuous,” said Twitter, opposing the government’s directions.

The High Court was hearing a petition by Twitter against the Central government’s orders asking it to block some accounts, URLs, and tweets. Twitter had challenged the orders on grounds of violation of freedom of speech and the authorities not issuing notice to the alleged violators before asking the platform to take down content. The Ministry of Electronics and Information Technology (MeitY) had on September 1 filed a 101-page statement of objection to Twitter’s petition.

The Government of India has told the Karnataka High Court that Twitter “deliberately” remained non-compliant and defiant to the laws of the land and that the US-based social media firm has no role to play in the security of the country. India Government in its 101-page affidavit accused that Twitter has “no law-abiding tendency”.[1]

Senior advocate Arvind Datar, appearing for Twitter online, argued the company was following the rules laid out in the Information Technology Act. He argued that Twitter as a platform was affected by the Centre asking it to take down accounts without issuing notice to the alleged violators. The Centre was asking for wholesale blocking of accounts which will affect its business, he said.

Datar said several prominent persons have accounts on Twitter. Another contention Datar raised was that instead of blocking the tweet that was deemed improper, it was being told to block the account itself because of political content. He cited the example of farmers’ protest in Delhi against the earlier contentious farm laws and claimed content that was telecast in the news media was asked to be blocked on the microblogging site.

“During the farmers’ protest, I was told to block accounts. TV and print media are reporting. Why ask me to block accounts,” he argued[2]. Datar cited the Supreme Court in the ‘Shreya Singhal’ case where the IT Act Blocking Rules were upheld and said it was mandatory for notice to be issued even to intermediaries like Twitter and hear them before blocking orders are passed.

The senior advocate presented the example of a particular blocking order in which Twitter was told to block 1,178 accounts. Datar argued that requirements of Section 69A of the IT Act were not followed. He cited the example of one Tweet that the government ordered to be removed.

He contended that Twitter itself blocks tweets that it considers wrong. Tweets promoting “Khalistan” are blocked by Twitter. However, 50 to 60 percent of tweets that are asked by the government to be blocked are “innocuous”, he added. The High Court adjourned the hearing to October 17. 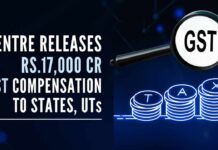 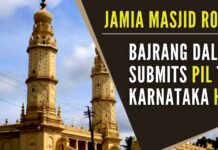 Supreme Court seeks response from CBI, RBI on a plea by...

Amazon’s attempts to stop the Enforcement Directorate’s probe were not entertained...