China challenged by the United States in WTO on govt. support for grain prices

The USTR’s office claimed that China’s “market price support” for rice, wheat, and corn in 2015 was estimated to be nearly 100 billion U.S. dollars above the limits that China committed to when it joined the WTO in 2001.

That pushed up Chinese grain prices “above market levels” and created “artificial government incentives” for Chinese farmers to increase production, and thus affected the ability of U.S. farmers to compete around the world, the USTR’s office alleged in a statement.

China’s Ministry of Commerce expressed regret at the U.S. challenge, saying it would adopt measures in accordance with WTO dispute settlement protocols and safeguard China’s interests.

The Chinese side will stick to providing government support for the agricultural sector in line with WTO rules and enhancing the agricultural trading system, China’s Ministry of Commerce said in a statement.

The trade enforcement case, the 14th that the Obama administration has launched against China at the WTO, comes at a time of increasing anti-trade rhetoric in the current U.S. presidential campaigns.

“It’s not enough to enforce the existing rules,” U.S. President Barack Obama said Tuesday in a statement. “It’s all the more important that we finalize TPP soon.”

But U.S. House Speaker Paul Ryan said last week that the TPP agreement does not have enough votes to pass Congress this year, noting the Obama administration has to fix the agreement to get Congressional approval.

Both Republican presidential nominee Donald Trump and his Democratic rival Hillary Clinton have come out against the 12-nation trade deal, which makes it more difficult for the TPP to get through Congress.

Experts said U.S. and Chinese policymakers should focus on the big picture of bilateral relations and seek opportunities to deepen economic and trade cooperation in the Asia-Pacific region.

That will benefit all the economies in the Asia-Pacific region, he said.

Long Yongtu, China’s former chief negotiator for WTO entry, said at the same event that China’s accession to the WTO has brought significant benefits to the United States, particularly its agricultural sector.

China has become the largest export market of American agricultural goods, helping create at least 160,000 jobs in the United States, he said. He encouraged the world’s two largest economies to continue expanding cooperation in trade and investment.

China has gone from a 2-billion-dollar-a-year market for U.S. agricultural products to a 20-billion-dollar-plus market, according to U.S. Secretary of Agriculture Tom Vilsack. 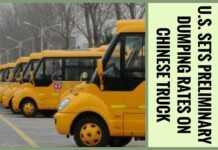 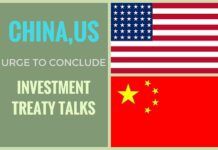