While the Directorate of Revenue Intelligence (DRI) sent notices to Adani Group and Anil Ambani’s Reliance Infrastructure and Essar Group for the inflated and manipulated pricing in import of coal from Indonesia, the three public sector banks State Bank of India (SBI), Bank of Baroda (BoB) and United Commercial (UCO) Bank appear to be dragging their feet, giving specious reasons while responding to queries by the DRI.

A few days ago Indian Express reported that the DRI had issued notices to Adani Group, Reliance Infrastructure and Essar Group for inflating the price of coal imported from Indonesia during the period 2008-2010.

PGurus in July wrote about SBI Chairperson Arundhati Bhattacharya’s reluctance to share the details with the DRI.

As per the instructions of the Prime Minister’s Office (PMO) and Revenue Secretary Hasmukh Adhia, the DRI again sent notices to these three banking heads. The Pioneer recently reported that Bank of Baroda was also employing the same tactics as the SBI.

What is Coal Import Scam? The DRI found as many as 40 companies were engaged in importing of Coal from Indonesia to Indian power plants. 90% of the coal is imported from Indonesia, while about 5% is imported from Australia. Adani Group of companies import around 70% and the second importer Anil Ambani’s Reliance Group imports around 5%. The scam happened between 2008 and 2010.

While the ships sailed from Indonesia to India, the bills and invoices travelled via Hong Kong, Singapore, Dubai before arriving at India. DRI found that certain corporate houses floated shell companies in Singapore, Hong Kong and Dubai to create inflated bills to hike the price of coal. This inflation or manipulation in bills increased the cost of power production in India, which ultimately escalated the electricity bills of consumers.

The probe on this dubious practice of corporates was ordered by Prime Minister Narendra Modi in early 2016. DRI investigators found the manipulation of bills by shell companies and the money was routed through foreign branches of the SBI, BoB, UCO Bank and ICICI Bank. About 85% of this dubious activity happened through SBI’s foreign branches. DRI first issued notice to all the four banks in May. Within a week ICICI submitted all transaction details to DRI. But the three PSU Banks and RBI did not cooperate with DRI, even after Revenue Secretary Adhia’s directions.

The PSU Banks came up with a specious reason that their foreign branches were governed by the laws of that country and cannot give details to the DRI, which does not apply when a probe agency seeks details.

But the bigger question is why the Government is not intervening to direct the banking heads of SBI, Bank of Baroda and UCO Bank to comply with DRI requests forthwith.

Will the Government claw back the inflated money and credit it back to the suffering public who were forced to pay higher electricity bills? If the money is credited directly into the payer’s bank accounts, that would send a message that the Government means good Governance.

Note:
1. The conversion rate used in this article is 1 USD = 66.82 Rupees.
2. Text in Blue points to additional data on the topic. 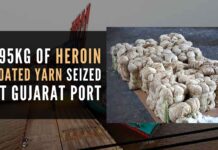 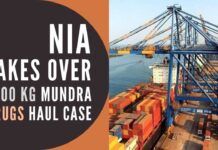