The Indian President, in particular, is supposed to uphold not only the Constitution but also precedents and conventions

The real culprit of the ongoing post-poll drama in Karnataka… actually died a few years ago. By his unwarranted and unjustifiable activism, former president K.R. Narayanan (1921-2005) not only disregarded a convention but also messed up Indian democracy. The denouement: in the event of every fractured mandate, there are endless debates about the proper course to be followed by the President or the Governor, along with such unedifying spectacles as herded lawmakers and horse-trading. For party bosses desperate to check poaching from rivals, the shielded resort becomes the last resort.

In order to comprehend the damage that Narayanan caused to democracy, we have to go back to 1989. The Congress was thrashed in the general elections, its numbers in the Lok Sabha coming down from 400-plus in 1984 to 194. The incumbent president, R. Venkataraman, first invited Gandhi, the Congress party being the single largest party in the House. Only after he declined the offer, the president invited V.P. Singh.

Venkataraman went by the so-called “arithmetic test/objective test.” On May 15, 1996, president S.D. Sharma followed this precedent and invited Atal Bihari Vajpayee to form the government. It was a decent test because it was based on arithmetic, which is an exact science.

The test also got the judicial sanction, in the famous Bommai judgment (1994) of the Supreme Court. The late Karnataka chief minister S.R. Bommai was sacked owing to the withdrawal of the support of some of his own party members. As a result, the Centre dismissed his government. The apex court came up with a verdict which still figures in political discourse: only a floor test could determine whether or not a government enjoyed the support of the legislature, be it the Lok Sabha or a Vidhan Sabha.

The next man to occupy Rashtrapati Bhavan was K.R. Narayanan. A Nehruvian and Congress sympathizer, he didn’t invite Vajpayee to form the government despite the fact that he had the highest number of Lok Sabha members with him. The two presidential precedents didn’t deter him, nor did the unambiguous apex court verdict in the Bommai case.

So, Narayanan cavalierly asked Vajpayee to submit proof in the form of letters of support to him. He not only transformed the hallowed Rashtrapati Bhavan into a post office but also rubbished an important precedent set by one of his predecessors (Venkataraman) that was followed by another (Sharma). In effect, he also trashed the Supreme Court verdict on Bommai.

This is not to say that Narayanan was a worthless man. A man of humble origins, from a Dalit family, he rose by sheer merit and diligence. He studied at the London School of Economics under the legendary Harold Laski, a letter from whom ensured his entry into the Indian Foreign Service. There is nothing on record to suggest that he was ever involved in any shady dealing or personal impropriety. But his disregard for precedents and conventions is a blot on his career.

For, mutually exclusive precedents have come into being. Politicians choose to quote the precedent that suits their purpose. Should the Karnataka Governor invite the Bharatiya Janata Party leader to form the state government? The saffron party can claim that, justifying it by citing the decisions of two former presidents and the Bommai judgment. Should he invite the post-poll alliance leader? Again, the Congress can refer to former president Narayanan’s example and justify its position.

It is time all political parties sat down together and did away with the multiplicity of precedents so that unnecessary confusion could be avoided in the future. 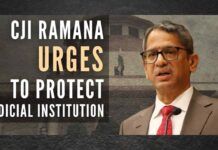 PGurus Newsdesk - December 3, 2021 0
The decision of Bihar government on temples causes furore amongst devotees In a shocking decision taken by the Bihar State Board of Religious Trust, the...

How secularism got ingrained in Bengali psyche and how it is...