Here are few examples on the basis of which, it can be said that the poor tribal’s are just the puppets in the hands of ‘Urban Maoists’

It is a known fact that half a dozen states of India are affected by Naxalism or Maoism. Thousands of armed forces personnel and common civilians have been killed or assassinated by Maoists in the central part of India. Every year, Indian armed forces try to counter these insurgents but the problem has still not solved. The only reason behind this problem is this that armed forces are focusing on stopping rural Maoists but the brain behind them are sitting in the urban cities.

The machine which is producing Naxalites or Maoists in the forests of Chattisgarh, Jharkhand etc is known as – ‘Urban Maoists’. These are the brains behind the violence in the forests. They are not common tribal people or poor people of the forests, but these ‘Urban-Maoists’ are the bunch of best dirty brains of the country. They have a strong nexus amongst PhD students from different universities (like JNU, Jadhavpur, TISS[i], Delhi University, Hyderabad University etc), University Professors, Journalists, Lawyers, think tanks as well as civil societies and media houses. It may look like a movie plot or a story of a fiction novel but it is the truth of the modern India. In the name of education, university professors are doing brain-washing of our youngsters. They all are supported by Communist party of India (Maoist)- It is a banned organization but still running covertly and is getting fund from abroad to do all these activities on the university campuses of India. During research, I have found some cases which can clearly prove the nexus of Urban Maoists with Rural Naxalites. I am sharing these cases so that people of India can understand the seriousness of the issue.

These are just a few cases, the list is endless and whenever one protest start in one university says JNU then automatically Jadhavpur, Hyderabad, TISS, DU etc started promoting the same thing. A similar thing happens with the case of the hanging of Yakub Menon. Most of these social sciences university’s protested in the favour of Yakub Menon, and prominent lawyers like Prashant Bhushan along with other civil society members opened court in the midnight for a terrorist.[vii]

In case of Binayak Sen, Supreme Court of India said- ‘Mere membership of a banned organization does not make a person criminal unless he or she resorts or incites people to violence.’[viii]. This happens because the urban Maoists have a strong lobby in cities in the form of top lawyers, media persons and NGO people which supported them in all the cases.

At a press conference in Raipur, Podiyam Panda claimed that he was the only link between the senior Maoist leaders and urban network of sympathizers and activists

Most recently on 9 May 2017, Podiyam Panda, a Maoist who was involved in the massacre of several CRPF jawans had surrendered in Chattisgarh.[ix] The most shocking news is not the surrender of Podiyam Panda but the shocking news is that- In his confession, he took the names of Nandini Sundar (Professor of sociology, DU) and Bela Bhatia( Former CSDS Fellow and TISS Faculty). Panda, at a press conference in Raipur, claimed that he was the only link between the senior Maoist leaders and an urban network of sympathizers and activists, including Bhatia and Sundar. He said that he had, on several occasions escorted them deep into the jungles of Chhattisgarh to meet the top Maoist leaders, who are wanted in various cases. The key Maoist operative also allegedly confessed to having acted as a courier for the Delhi activists, fetching information and parcels from the Maoist leadership in Bastar and Sukma.[x] It is a clear evidence of the nexus of Urban Maoism and Rural Naxalites.

One more interesting fact about Nandini Sundar is- She wrote an article on Panda in ‘The Wire’ and one of the founding editors of ‘The Wire’ is Siddharth Vardarajan[xi] (Husband of Nandini Sundar). Similarly, the partner of Bella Bhatia is ‘Jean Dreze’ (Belgium born Indian Citizen), he is a development economist worked with Ranchi University and Delhi school of economics. Amazingly, he was also part of NAC (National advisory council) created by Sonia Gandhi during UPA regime.[xii] With this, the people can understand that how big this nexus is?

Mainly Germany, France, Holland and Italy are the nations which are involved in lending a helping hand to the said Maoists group.

Foreign funding nexus- According to media reports, the Communist Party of India (Maoist) insurgents may be getting support from some foreign organizations located in Europe. Minister of State for Home Kiren Rijiju told the Lok Sabha that the possibility of some Naxal insurgents getting foreign funds cannot be ruled out, adding that mainly Germany, France, Holland and Italy are the nations which are involved in lending a helping hand to the said Maoists group. He further said- “The CPI (Maoist) party have close links with foreign Maoist organisations in Philippines and Turkey.” He added that left-wing extremism groups have participated in conferences and seminars conducted in Belgium and Germany. The recovery of arms and ammunitions of foreign origin from Left Wing Extremists in different encounters is an indication of the fact that they are procuring weapons from different sources.

“Moreover, CPI (Maoists) clandestinely getting foreign funds cannot be ruled out. Inputs also indicate that some senior cadres of the Communist Party of the Philippines imparted training to cadres of CPI (Maoists) in 2005 and 2011,” he said in the reply, PTI reported.[xiii]

Recently, Vivek Agnihotri made a movie namely ‘Buddha in Traffic Jam’ on the similar plot to expose these ‘Urban Maoists’ and when he tried to screen it in Jadhavpur University, left wing students started protesting against it and disrupt it several times. This is the kind of intolerance shown by the people who call themselves the champions of ‘Freedom of expression’.[xiv] These are only a few examples on the basis of which, it can be said that the poor tribal’s are just the puppets or pawns in the hands of these ‘Urban Maoists’. Until and unless GOI did not stop them in the cities, the problem in the forest can never be resolved. So, instead of killing the animals, we must stop the machines which are manufacturing these animals. 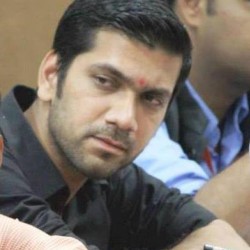 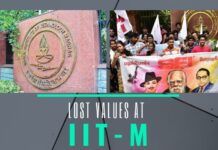 2019 Elections – Is Tamil Nadu becoming the next Kashmir?

“Chiddu” Has Either Forgotten J&K History Or Is Afflicted With Modi...