In a major blow to Nirav Modi, a bankruptcy court in the US has rejected a petition of the fugitive diamond merchant and two of his associates, seeking dismissal of fraud allegations against them by the trustee of three companies they previously owned indirectly. The allegations were made in a New York court by Richard Levin, the court-appointed trustee of three US corporations — Firestar Diamond, Fantasy Inc, and A Jaffe — indirectly owned by Nirav Modi previously. Nirav Modi is now in London jail, facing India’s application to deport him for two billion-dollar bank frauds.

According to the report by news agency PTI, Levin had also sought a minimum compensation of USD 15 million for the “harm” suffered by the debtors of Nirav Modi and his associates Mihir Bhansali and Ajay Gandhi. Southern District of New York Bankruptcy Court Judge Sean H Lane issued the order last Friday, in a major blow to the Indian fugitive and his accomplices.

Explaining the 60-page order, Batra said Modi outdid Crazy Eddie (Eddie Antar), the founder of an American electronics retail chain, who ploughed his profits back into his own company as additional sales to falsely raise the stock price/ company valuation, by setting up a scheme to defraud PNB and other banks of over USD 1 billion by a “shell game,” where the ball gets bigger with each sleight of hand, and then issue Letters of Undertaking (sort of a guarantee) to PNB and get loans based upon the inflated ball’s value.

“But to get the ill-gotten funds by bank fraud out of his companies, he engaged in a separate fraud to hide those withdrawals for personal benefit as if they were ordinary business transactions,” Batra said based on the court papers. According to the court order, Levin’s petition sought to recover damages for harm inflicted by Modi and his two accomplices on the debtors and their estates as a result of his six-year extensive international fraud, money laundering, and embezzlement scheme.

The scheme resulted in the accrual of claims against the debtors of over USD two billion in favour of Punjab National Bank, the diversion of millions of dollars of the debtors’ assets for the benefit of the family of Modi and Bhansali, and the collapse of the debtors and the resulting loss of value of their businesses.

According to the court ruling, from early 2011 to early 2018, Modi and his associates orchestrated and carried out a scheme to “obtain loans, credits, or other funds under false pretenses and without collateral” from numerous banks, including the Punjab National Bank.

Meanwhile, the UK’s Crown Prosecution Service (CPS) said in August that it is reviewing the London High Court ruling to grant Modi permission to appeal against his extradition order with the Indian Government for the next stage in the legal process. 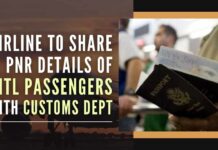