[dropcap color=”#008040″ boxed=”yes” boxed_radius=”8px” class=”” id=””]T[/dropcap]he US dollar decreased against other major currencies on Wednesday as soft economic data from the country dampened market expectation for an interest-rate hike by year-end.

The Labor Department reported on Wednesday that the US Producer Price Index for final demand dropped 0.5 percent in September, seasonally adjusted, exceeding market consensus of a 0.1-percent decline.

The Commerce Department announced on Wednesday that advance estimates of US retail and food services sales for September increased 0.1 percent from the previous month to $447.7 billion, in line with market expectations, reported Xinhua.

The overall soft economic data raised concerns that the US economic growth may be losing momentum in face of a sluggish global economy.

The greenback was further under pressure as the Federal Reserve’s Beige Book said on Wednesday that a strong US currency has restrained tourism and manufacturing.

The dollar index, which measures the greenback against six major peers, was down 0.87 percent at 93.939 in late trading. 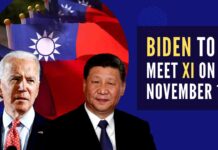 3 reasons why GOI should pass on the savings on Crude...