Reiterating that it wants the perpetrators of the November 2008 Mumbai terror attack brought to justice, the US has offered to do anything it can to support Indian authorities in that task.

“We’ve long said just writ large that we want to see the perpetrators of the Mumbai attack brought to justice,” Sate Department spokesman John Kirby said Friday when asked about David Headley turning approver after being pardoned by a Mumbai court.

The US “obviously continue to want to do anything we can to support Indian authorities in that task,” he said while declining to say “anything specific” regarding the Pakistani origin convicted key plotter serving a 35 year sentence in the US.

It “would be inappropriate for me to comment on an ongoing court case like that anyway,” Kirby said and in any case “that’s not an issue here for the State Department.”

When told that Headley, US-born son of a Pakistani father and an American mother, may provide a great deal of information about the attack, Kirby repeated that the US “share an interest in seeing the Mumbai attackers being brought to justice – a terrible, dastardly terrorist attack.”

“But it would be completely inappropriate for me to comment specifically about that ongoing case.”

Asked if the State Department was playing any role in intelligence and information sharing on terrorists as mentioned by Indian defence minister Manohar Parikkar after his meeting with US Defence Secretary Ash Carter, Kirby again declined comment.

” Obviously, India is a very close friend and partner, and I think it’s self-evident in recent years that both our countries have fallen victim to terrorist attacks and continue to need to be vigilant about terrorism perpetrated against our citizens,” he said.

“So it makes perfect sense that we would look for ways to cooperate more closely and to improve the flow of information between our two countries.”

“So I can’t speak for the Defense Department,” Kirby said. “As for the State Department, we maintain good, strong relations with our counterparts in the Indian Government.

“I won’t speak about intelligence matters, but I can tell you that that relationship remains strong, remains vibrant,” he said.

And Secretary of State John Kerry’s “interest is very clear in making sure that the relationship continues to strengthen and grow going forward across a wide range of issues, not just security issues.” 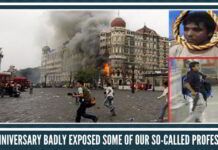 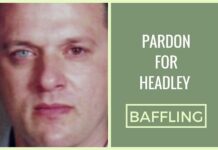