[dropcap color=”#008040″ boxed=”yes” boxed_radius=”8px” class=”” id=””]T[/dropcap]When the polls are on, the experts analyze about caste factor. The talk veers towards how caste is playing a significant role instead of what they perceive the “imaginary capability of a man” which alone should play a role.  They simply forget that in a democracy it is important for electors to identify with leaders not in abstract terms but in concrete ways.

It is also important to note that a person from a dominant caste need not win from a constituency. There are several reasons for this:

In the “First Past The Post (FPTP)” system, it is not needed to get 51% of votes polled to win an election. If there are say 4 candidates then even a vote share of 21% is enough to win a poll –if the votes are split more or less evenly among the four main contenders.

[dropcap color=”#008040″ boxed=”yes” boxed_radius=”8px” class=”” id=””]D[/dropcap]oes the dominant caste always get to be elected? Let us take Tamil Nadu [TN] as an example. There are three major castes namely Thevars / Gounders/ Vanniars in the South / West and Northern parts of Tamil Nadu. Each of them have several subsets [like Sakkiliyar/ Maravar/ Kallar among Thevars etc]. Another group namely Nadars which is in business [Retail/ Wholesale trade/ Restaurants/ Transport etc] is economically powerful but numerically small. Chief Minister K Kamaraj in the sixties was from this community.

Hence TN has seen CMs such a M G Ramachandran (MGR),  from a non-existent community in TN [he is a Keralite with Sri Lankan origins] and M. Karunanidhi who comes from a minuscule Vellala {nadhaswaram playing] community and Jayalalitha from a miniscule Brahmin community.

All three with filmy backgrounds which make you less caste oriented due to its dream factory image.

[dropcap color=”#008040″ boxed=”yes” boxed_radius=”8px” class=”” id=””]T[/dropcap]he point is smaller caste persons are considered to be less menacing and more neutral to dominant communities. It is the same logic which made Ramakrishna Hegde to become CM of Karnataka even though he belonged to a very small Havyak Brahmin group of North Karnataka. The then dominant groups namely Lingayats and Vokkaligas settled for him. Similar is the position of Urs who also belonged to a small group. The recent Caste survey – leaked informally – suggests that Lingayats and Gowdas are not as numerical as earlier believed. Each of them is less than 10% and this will alter Karnataka poll equations in the future.

If you belong to a larger caste group like say Mulayam [Yadav] in UP, then you need to combine with Muslims – which for all practical purposes is another caste with large number of subcastes.

Similarly a Kurmi Nitish Kumar could succeed only because of backing from Yadav and Muslims, not on his own.

Hence a leader from a minuscule group has better acceptability compared to dominant groups in a multi caste contest. To break the dominant cast plus Muslims nexus in UP and Bihar one should search for an acceptable leader from miniscule groups who are considered “above others”

This is what Congress used to try in the past but unfortunately their strategy of Muslims/ Dalits/ Brahmins combination in UP and Kshtriya/ Harijan/  Adivasis/ Muslims [KHAM] in Gujarat has been decimated due to Muslims and Dalits moving away from them.

[dropcap color=”#008040″ boxed=”yes” boxed_radius=”8px” class=”” id=””]T[/dropcap]he new Dimension is the role of women or Nari Shakti since they are considered to be part of a Women community. Whether it is Didi or Amma or Vasundhara or Mayawathi they have significant women sympathizers who feel that these leaders have overcome so much male bias in politics.

Candidate. Smriti Malhotra is a khatri by birth and her mother is a Bengali and husband is Irani—She cannot be identified with any caste groups in UP and that is the way to deal with identity politics of UP.

It is important to transcend caste and religion in a “political sense” and a candidate like her will be a good possibility. Any other leader belonging to a dominant caste is not going to be acceptable to others and it is not easy to get a coalition with Muslims for BJP.

The BJP will need to take aim at Mulayam style politics, as one which enriched only his family, similar to that of Karunanidhi in TN.

It is important to deal with caste politics of UP and Bihar if the nature of democracy has to be nurtured in a positive direction.

UP is in desperate need of an MGR with all his mystique/ transcended caste and sense of fairness. This is what Smriti should be projected as. She has evolved from the small screen what he derived from the big screen. Is there a political will in BJP to take the plunge? 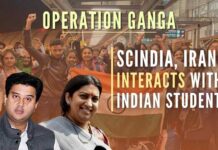 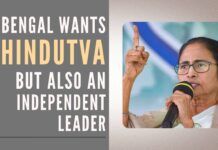