On the 12th of this month, in a suburb of Delhi, a man in his early thirties hanged himself to death. Upon this, his wife slit her wrist, but was found alive and rushed to a hospital. The exact cause is not known, but the news item hinted that their common friends were trying to sort out some issues between them. The man worked in a top MNC of the world, and the wife worked in a top consultancy firm of India.

This comes after the suicide by two IAS officers because of marital discord, and son of Lalu Yadav running away from home within six months of his marriage.

Great was the world when we started working at the age of 12, got married to the person chosen by our family, no questions asked, with the knowledge that “adjustment” is the only option available, and worked till we died.

Recently I posted covers of my 7 most favourite books. For the last cover, I thought a lot as the choice was among 1984, and two others: Games People Play, & What Do You Say After You Say Hello, both by Eric Berne. I settled on 1984, because the latter two books I thought were dangerous. Dangerous in that after reading them, a person may discover something in himself but may refuse to appreciate that others also have their minds formed in different families, or may discover something in others but not in himself, or may do discoveries only to use them as handles. Same goes for Landmark Forum.

We are living in a world which is same that was imagined to be heaven by our ancestors just 150 years ago. We have flying machines, we see live everything anywhere on the planet, we control the weather in our homes, and we have a fridge. We not only talk but we video talk with persons sitting on the opposite side of the globe.

And these things are not exclusive anymore. When we joined great GOI as great group A officers, TV cost five times of every salary. Now the TV costs half of the starting salary of a peon in a private firm.

And even as the material world changed into a dreamworld, mentally, people are falling apart. To the point of killing themselves. What went wrong?

Great was the world when we started working at the age of 12, got married to the person chosen by our family, no questions asked, with the knowledge that “adjustment” is the only option available, and worked till we died. Occasionally persons rued that the marriage could have been with someone else, but always left it at that. Life was full of festivals. Whenever two or more women met, they used to sing, they had songs for every occasion. They craved gold, of course, but were content with whatever they had.

May Mahadev save our children. Before it all becomes an epidemic. 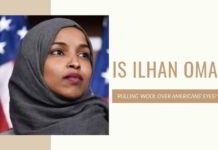 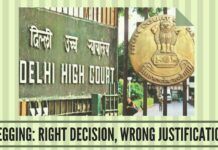