Home Politics Corruption Why is CBI not appealing in the corruption case against Sonia Gandhi’s...
Facebook
Twitter
Telegram
WhatsApp

The Central Bureau of Investigation (CBI) is always in the habit of making moves that can confuse even the most accomplished chess player. One such instance is the delay in filing appeal against Delhi High Court’s questionable quashing of the case registered under Prevention of Corruption Act and disproportionate assets case against Sonia Gandhi’s private secretary Vincent George and family members. The CBI had raided Vincent George and found sufficient documents to prove abuse of power, corruption and amassing of wealth.

Even a Letters Rogatory was sent to USA to track down his relative, who was a benami.

This case is an instance of more-going-on-than-meets-the-eye between the BJP and Congress. Vincent George was raided and a case registered by CBI in 2001 during Atal Bihari Vajpayees’ tenure as Prime Minister. After this incident things went quiet. The registration of case under Prevention of Corruption Act and subsequent Disproportionate Assets case against Sonia Gandhi’s gatekeeper might have been the reason for the tardiness in the movement of the case. After the case, Congress managers used to float a false theory that Sonia had sidelined or avoided Vincent George. But that was not the case.

In the 2001 registered case, the CBI had listed Vincent George’s properties, shops and houses across the country including in Delhi, Chennai, Bangalore and Kerala and even a farm land in the outskirts of Delhi. Rs.1.5 crore was unearthed from bank accounts. Even a Letters Rogatory was sent to USA to track down his relative, who was a benami.

After deep slumber, the CBI in June 2013 during UPA’s fag end, filed a closure report on this case. But to the shock of CBI and Lutyens’ Delhi, the trial court Judge rejected the closure report and ordered a trial. In his detailed Order, the trial court Judge slammed CBI and said that the trail must go on, pointing out the evidence provided by the CBI. The Trial Court summoned Vincent George on August 20, 2013.

It is high time that Prime Minister Narendra Modi should find out the moles in his Government who protect the corrupt leaders from Congress and act quickly.

But within days, Vincent George approached Delhi High Court’s Single Bench of Justice V P Vaish who gave him a temporary stay on trial court proceedings on August 26, 2013. Incidentally this Judge had first stayed the summons issued to Sonia Gandhi and Rahul Gandhi in the National Herald case too, which was later rejected by other Judges and even the Supreme Court. Justice Vaish finally quashed the trial court’s proceedings on December 23, 2014. Justice Ved Prakash Vaish was transferred out of Delhi in May 2016 to Meghalaya High Court.

The thing to note here is that this happened when Narendra Modi’s watch. What was the CBI’s Advocate doing when Vincent George was arguing against the trial court order? For the past 30 months CBI has not yet appealed against the doubtful and questionable order of Single Bench of Justice Ved Prakash Vaish. Why is the CBI not appealing in the higher forums against this Single Bench’s doubtful decision? The bigger question is who is advising CBI not to appeal against the Order to continue the trial against Sonia Gandhi’s private secretary Vincent George, who was caught with his hand in the cookie jar for corruption and amassment of disproportionate assets? It is high time that Prime Minister Narendra Modi should find out the moles in his Government who protect the corrupt leaders from Congress and act quickly. Three years have passed and people have only so much patience. 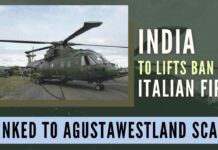