Is the Prosecution in Coal Scam cases facing setbacks? The latest was the Special Public Prosecutor (SPP) R S Cheema’s request to the Supreme Court on Friday to relieve him from the money laundering cases in the Coal Scam, citing a shortage of law officers to assist him. There are a lot of young lawyers around and as SPP Cheema can recruit or the Prosecution Agency, the Enforcement Directorate (ED) can provide him if needed. Was there an angle of very low fees to the assisting law officers?  People in the legal sector say that they always found a problem in getting fees disbursed from the Government side.

Noted lawyer R S Cheema was appointed the special public prosecutor in 2014 by the Supreme Court in the coal block allocation scam cases. It, therefore, came as a surprise that on Friday he expressed his willingness to be relieved from the money laundering cases arising out of the matter. Cheema, in his application to the top court, said that there is a shortage of law officers in assisting him in dealing with such money laundering cases.

Why did the Supreme Court’s other bench entertain Manmohan Singh’s petition when it should have come up before the Coal Scam bench?

A bench comprising justices Deepak Gupta and Surya Kant refused to pass any order on Cheema’s application and said, “You have done a great service to the nation and our view is that you will be provided all required assistance. You make a team, train them and after two-three months, we will see if they can take over.”

It said, “At this stage, we are not willing to accept your request of being relieved from the money laundering cases and all we are saying is that we will not pass any orders. We will hear the matter again in the month of December.” Cheema said that there are 20 complaints filed in the special court by the ED and cognizance has been taken only in four complaints. He said the shortage of law officers is affecting the speedy disposal of the matters.

Solicitor General Tushar Mehta, appearing for the Enforcement Directorate, told the bench that he will talk to Cheema and would try to persuade him. He said Cheema will be provided all required assistance in the cases.

The SC also allowed the Central Bureau of Investigation (CBI) and ED’s request to repatriate officers who were serving for a long time in the agencies. The Apex court, however, said that the supervising officers, who are to be released or repatriated shall be replaced by the officers of the same rank. Meanwhile, the CBI’s Joint’s Director V Murugesan’s repatriation has already created controversies[1].

It is time for the Government to see why such delays in Prosecution are happening in Coal Scam cases, which started in 2014. It is intriguing that even proceedings in the fast track courts are getting delayed. The Government must monitor the prosecution always as otherwise, the proceedings will go at a snail’s pace, which is what the accused want.

A classic case of sabotage

Bharat Parashar, the trial judge trying the Coal Scam is a very bold man. He delivered several judgments convicting many. He summoned former Prime Minister Manmohan Singh, after seeing many documents, in September 2015. It must be kept in mind that the Prosecution never sought this. This was the biggest case in Coal Scam involving Aditya Birla Group. Congress leaders staged a protest march led by Sonia Gandhi. Manmohan Singh approached the Supreme Court to stay summons. Here the former Prime Minister did FRAUD (although some may say he did something clever!). He should have approached the Coal Scam monitoring Bench of the Supreme Court. But cunningly he approached another Bench and obtained a stay which has no directions and the CBI kept quiet. Since the CBI did not protest, a case with a no-direction-stay resulted in a permanent stay. This is nothing but a soft stand of the Government towards a former Prime Minister and the result is the collapse of the trial of the main case in the Coal Scam.

Why did the Supreme Court’s other bench entertain Manmohan Singh’s petition when it should have come up before the Coal Scam bench? The nation wants to know. 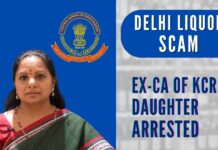