[dropcap color=”#008040″ boxed=”yes” boxed_radius=”8px” class=”” id=””]U[/dropcap]S producer prices declined in September, raising concerns about possible rising deflationary pressure. The produce price index (PPI) for final demand declined 0.5% in September, compared to zero growth in August, as quoted by the Department of Labor on Wednesday. Two thirds of the PPI decrease was attributable to prices for final demand goods, which fell 1.2% in the month, said the department. The index for final demand services edged down 0.4%.

Excluding the volatile food and energy sectors, the so-called “core” PPI fell 0.3% in September, compared to an increase of 0.3% in August. The US Federal Reserve last month opted to delay an interest rate hike considering the low inflation environment as well as the turbulent global economic and financial market development.

However, most Fed officials, including Fed Chairwoman Janet Yellen, believed factors, such as the strong US dollar and low oil prices, which are weighing down on the inflation level, will prove temporary, and the inflation will gradually move up to the Fed’s 2% target.

Bloomberg TV estimates the probability of a rate increase in 2016 as follows:

Will these numbers change? Does this mean that there will be no rate increase in 2015? Only time will tell. Crypto Currencies – The New Kid in the Block or Another Hype that will Bite the Dust? 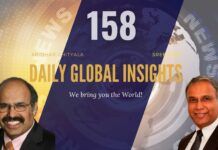 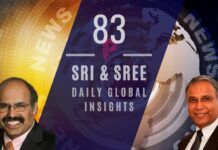