While speaking at an event by the weekly magazine, ‘Panchjanya’ in Delhi on Sunday, the Chief Minister of Assam Himanta Biswa Sarma, said that as long as the word “madrassa” exists, children will not be able to think about becoming doctors and engineers.

He said entry to any religious institution should be at an age when children can make their own decisions. Saying religious teaching is given primacy over formal education, Sarma said every child must be exposed to modern education, including science and mathematics.

He said, “Teach the Quran at home, for hours, if you want, but at the school, a child deserves to be taught science and maths. Every child shall be exposed to the knowledge of Science, Mathematics, and other branches of modern education.”

Sarma said, “Till the time this word (madrassa) exists, children will not be able to think about becoming doctors and engineers. If you tell them that they will not become doctors or engineers if they study in a madrassa, they themselves will refuse to go. Teach the Quran to your children, but at home. Admitting children in madrasas is a violation of their human rights,” CM Sarma said.

Sharma further said, “All Muslims were Hindus. No one was born a Muslim (in India). Everyone was a Hindu in India. So, if a Muslim child is extremely meritorious, I will give partial credit to his Hindu past.”

Earlier in 2020, the Assam government decided to dissolve all government-run madrassas and convert them into general educational institutions to facilitate a secular education system.

RSS leader Ratan Sharda said, “CM Himanta Biswa Sarma has clear-cut thinking. Madrassa has a cocoon system, they are so cocooned that they only learn Urdu, major teaching is Quran. These subjects don’t make (someone) a completely educated person.”

Adding further, he said, “Naturally, we need a system of modern subjects and not get caught in orthodoxy. Muslims need to go to school. Madrassa makes them isolated and makes them feel like they are from a different island and don’t need to mix up with people.” 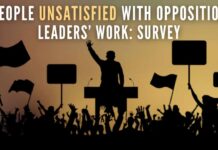 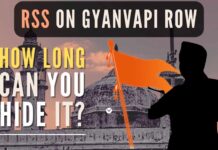