With a thrust on rural penetration and promise to serve the regions with no banking facility, a new bank was born in India on Sunday. Joining the estimated USD two-trillion Indian banking industry, Bandhan Bank got into business with 501 branches and 1.43 crore accounts across the country. Finance Minister Arun Jaitley inaugurated the Bank in Kolkata on Sunday.

Over 71% branches of the Bandhan Banks will be in rural India. 35% of these will be located in un-banked rural pockets.

Bandhan, which means tie or bond, came into existence 14 years ago as a micro-finance non-profit organization with thrust on helping the poor and empowering the women. It is the first micro-finance company to get the license for running a bank.

By the end of fiscal year 2015, the Bank plans to add 131 more branches and as many 200 more ATMs and cover three more states.

Inaugurating its operations at the Kolkata’s Science City Auditorium, which was packed to the capacity by eminent persons from financial sector and corporate India, Jaitely said that: “West Bengal is known for producing several intellectuals, but no entrepreneurs. The launch of Bandhan Bank will not just boost the growth of Bangla entrepreneurs, but signify the return of entrepreneurs to West Bengal.”

“The eastern states including eastern Uttar Pradesh, Bihar, West Bengal, Orissa and the north-eastern states have the potential to raise the GDP rate of India. The Central Government will support any initiative like that of Bandhan Bank that can lead to enhanced growth rate and prosperity of the nation,”

Speaking on the occasion, Chandra Shekhar Ghosh, Founder, Managing Director and CEO of Bandhan Bank said, “Our business philosophy is ‘customer first’. We are a universal bank and we will have equal respect all our customers – big and small. Today, all of us in the Bandhan family are rededicating ourselves to fulfill the demands of every Indian – banking as a fundamental right. We are committed to usher in a new era in Indian banking.” 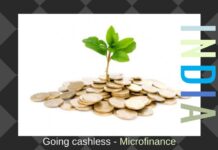 SEBI decides to introduce framework for Accredited Investors, but is silent...