Rani becomes almost a mortal Goddess of nationalism, training her army, planning military strategy and most importantly outwitting the British

BOOM is the only way to describe Kangana Ranaut’s film Manikarnika, Lakshmibai Queen of Jhansi. The film begins with immediately distancing itself from real persons, real locations and history but we want to believe it. The story is larger than life, it is an epic of cinematography, special effects and landscape; the virtues of courage, independence and defiance manifest in the first few minutes.

The Rani morphs into a rebellious warrior Queen, Lakshmibai, uniting citizens from all ethnicities into an army to defend their state

A baby girl is saved from the Betwa? River, instantly symbolic of her being some sort of a prophetess. Her education teaches her fearlessness and respect for ancient Indian heroes (images of the toddler Princess looking up reverently at Marathi hero Shivaji on horseback). Lakshmi becomes an expert in the martial arts and Marwari horsemanship; Ranaut is alluring and her development is fantastical to watch, the panorama, the elegant costumes by Neeta Lulla and the special effects are compelling. She marries the Maharaj of Jhansi, they have a son and their life appears charmed until it all goes wrong. During the first half of the movie her credibility of bravery, scholarliness and capacity for devotion are established. It is only after the interval that her qualities of nationalism and leadership come to the fore when the British General insists on taxing Jhansi out of existence, the British parts are expertly caricatured. The Rani morphs into a rebellious warrior Queen, Lakshmibai, uniting citizens from all ethnicities into an army to defend their state, she becomes almost a mortal Goddess of nationalism, training her army, planning military strategy and most importantly outwitting the British.

Personally, I love the way film manipulates my imagination and emotions, I love to empathise with a subject; even though I did not understand one word of the dialogue I recognised many of the spectacular locations and in Madhya Pradesh from my tour of Orchha, Jhansi and Gwalior in 2016 and I had no trouble following the visual narrative. It is no surprise this film is breaking box office records (₹1.368 billion INR); it is a fun and patriotic fantasy and acts as an inspirational metaphor for girl-power, citizen-power and collectively rising up against adversity, it perfectly captures the mood in India. 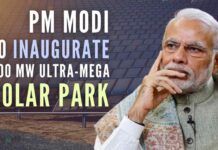