The Supreme Court on Thursday dismissed all petitions seeking review of Ayodhya verdict which cleared the way for construction of Ram Temple. The Apex court, which took a total of 19 review pleas for consideration in-chamber, rejected them after finding no ground to entertain them.

Among the 10 original litigants, whose review petitions were dismissed, eight were filed by the Muslim parties which include those supported by the All India Muslim Personal Law Board. The key Muslim litigant, Uttar Pradesh Sunni Central Waqf Board, had decided not to seek a review of the unanimous November 9 verdict. Nirmohi Akhara and Akhil Bharat Hindu Mahasabha were the two Hindu bodies whose review pleas were rejected by the bench.

Among the nine “third parties” were 40 rights activists who had jointly moved the top court seeking review of its verdict. The review plea filed by 40 persons, including historian Irfan Habib, economist, and political commentator Prabhat Patnaik, activists Harsh Mander, Nandini Sundar, and John Dayal, have said they are “deeply aggrieved” by the verdict as it “errs in both fact and law”. Supreme Court holds Nupur Sharma responsible for what has happened in the country including Udaipur; says should apologize to nation for her remarks 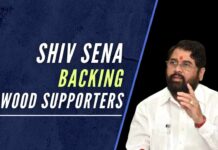 CBI says all angles in the mysterious death of Sushant Singh...