For the past two days, the Taliban entered many Indian Consulates and ransacked them looking for documents. They later took away parked cars from the premises. Taliban’s atrocities were reported from the Kandahar and Herat Consulates from where India has pulled out all its India-based diplomatic personnel. These two Consulates are now managed by locals. India also has a Consulate in Mazar-e-Sharif besides the Embassy in Kabul. These kinds of barbaric actions happened after the Taliban giving assurance by their Doha office to Indian negotiators said many Diplomats.

Apart from the Doha office, the assurance to India also came from Shere Abbas Stanikzai, one of the seven important Taliban leaders. Interestingly, he had trained as an army officer at the Indian Military Academy (IMA) in 1982. Indian diplomats said the message came from his office in Qatar before the diplomatic staff including the Ambassador was evacuated earlier this week. The message sent to the Indian government reportedly said diplomats will not be harmed. Also, India need not fear attacks on its embassy from terrorist outfits like the Jaish-e-Mohammad or the Lashkar-e-Tayyaba.

The Taliban leadership had earlier said that they have asked the fighters to refrain from entering empty embassy establishments of other nations and also not manhandle their vehicles.

The fighters of the Taliban ransacked the Consulates in Kandahar and Herat. It was learned that the fighters also entered consulates and embassies of some other countries too. Meanwhile, the local staff of the Indian Embassy in Kabul was forced to be mute spectators when chaos was unleashed by the barbaric Taliban groups. They indicated the Taliban had entered all the foreign missions in Afghanistan that have been evacuated in the past week to seek details from the local staff. All foreign missions are now surrounded by the Taliban and cordoned off for common people.

The Taliban leadership had earlier said that they have asked the fighters to refrain from entering empty embassy establishments of other nations and also not manhandle their vehicles. Reports also said the Taliban was conducting house-to-house searches to identify Afghans who worked for the National Directorate of Security, the intelligence agency of Afghanistan.

Meanwhile, efforts to evacuate the Indian citizens from Kabul and other parts of Afghanistan were on, sources said. There were about 450 to 500 Indian citizens waiting to be brought out. Several transport planes of the IAF besides Air India were on standby and sources indicated one or two planes may go to Kabul over the weekend to bring back the stranded Indians. However, the flights will depend on the situation on the ground at the Kabul international airport and within the city where the Taliban has erected roadblocks all over checking credentials of people, sources said. 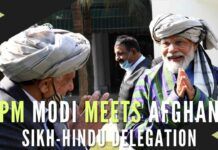 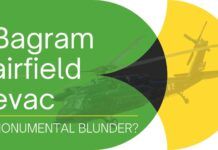 Bagram Airbase – One of the Greatest Disasters in US History?