Livermore, California. A city nestled between the Silicon Valley and the giant windmills of Altamont Pass, the most populous among the Tri-Valley cities, is also home to arguably the biggest Hindu temple on the West Coast of the United States, The Shiva Vishnu Temple.

Hindu Community and Cultural Center (HCCC) located in the Shiva Vishnu Temple awards grants to various organizations to support a variety of causes that serve the public. In this year’s event that took place at the Lakireddy Auditorium in Livermore, Dr T Nagendra Prasad, the Consul General of India for the West Coast was a special guest.
The Vice Mayor of the city, Trish Munro, on behalf of the City Council of Livermore, read out a proclamation recognizing the role of HCCC in the betterment and upliftment of the residents of Tri-Valley. She also recognized the untiring efforts of Krishna Vutukuru, Jyothi Sharma, Richa Gautam and Sudha Jagannathan and the rest of the team in putting together this event.

The video of the proclamation can be seen below:

A picture of the proclamation is shown below: The PDF text of the proclamation can be seen below:

Livermore Proclamation by PGurus on Scribd 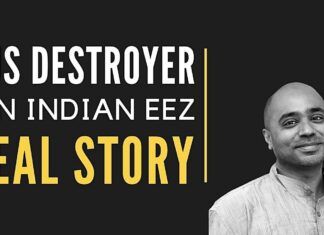 ‘Swadeshi school board’ – an idea whose implementation is long overdue