[dropcap color=”#008040″ boxed=”yes” boxed_radius=”8px” class=”” id=””]P[/dropcap]resident Trump’s first five months in office have truly been action packed. Many of his new team members have been let go or have resigned on their own. This comes on top of the delayed confirmations of many of the President’s picks. Not to forget the series of street protests, arsons and other expressions of anger and opposition to the incumbent president. All this, as Trump himself has pointed out, have been a road block for the administration to even get settled in office. But as these fester, they are taking on a new avatar that could tip the scales and severely scar America – by dividing its people and deepening the chasm in its polity.

There have been almost continuous protest rallies after the results of the elections were announced, often resulting in arson and violence across the country. These protests have been no impromptu gatherings, but well planned, funded and executed with political backing. For instance, social media have been afire with pictures of protesters being brought in to locations in chartered buses. Needless to say, that while the protests themselves are an unalienable right in a democracy, it now appears in hindsight that there is elaborate machinery supporting all this. The strategy of the detractors seems to be to keep the flame of dissent alive and keep the administration in a perpetual firefighting mode and thus deny any room to settle down for governance. This is really disconcerting.

In all this, the press and media too seem to have been at their divisive best. The diverse spin from the cable channels often buries the news and the bitter tirades leave the viewers confused and disgusted. Any neutral American can see that the media is definitely driven firmly by its agenda to oppose the Trump administration on anything and everything. The spike in unnamed sources and publication of what appears to be a running stream of sensitive intelligence leaks by established media leaders has only befuddled the average American viewer. That none of these allegations have been proved has only added to the divisiveness.

[dropcap color=”#008040″ boxed=”yes” boxed_radius=”8px” class=”” id=””]T[/dropcap]he leaking of photo evidence in the recent Manchester blast case in the UK is the latest in intelligence leaks. This has strained US-UK relations and an infuriated Prime Minister Theresa May had to complain to President Trump. It appears that the antagonists of the administration would stop at nothing – even irking a close ally – in trying to get at President Trump. Americans now seem to believe in social media more than the cable networks. The networks, who themselves have been the casualty for their actions as viewership and readership have tanked across the board, appear to be in no mood to relent.

Most Americans, irrespective of party affiliations, in the best democratic traditions of the country have accepted the election results

The media and press in a democracy undoubtedly have a very important role to play. They are the watchdogs that are first line of defense against an errant administration. But to constantly quote unnamed and unverified sources to support their allegations has only eroded the credibility of a key institution of democracy. Agreed, we have to live with this in a plural democracy. But the scale and level of acrimony that this has generated is unbelievable and has only deepened the divide.

The Democrats – judging from statements issued by Senator Hillary Clinton as well as Senate and House representatives – have obviously not yet gotten over the electoral defeat. In fact, John Lewis, a Democratic Congressman from Georgia has called Trump an illegitimate President on multiple occasions on television. This is indeed a shocking commentary of the political leaders in a mature democracy, and indeed the leader of the free world, behaving like scorned brats after losing an election. All this speaks of the new low in current politics.

Most Americans, irrespective of party affiliations, in the best democratic traditions of the country have accepted the election results and have already moved on and are disgusted by the continuous attempts deepen the divide. Efforts to keep the acrimony alive are clearly doing the biggest disservice to the US. The Democrats, media, and sections of the Republican party, on the other hand, seem to be stuck in a time warp and are perilously insulated from public opinion.

[dropcap color=”#008040″ boxed=”yes” boxed_radius=”8px” class=”” id=””]T[/dropcap]hese internal dissensions are bound to impact the international credibility and standing of the US. German Chancellor Angela Merkel has just sounded the bugle of mutiny of sorts against the US when she called on Europe to not count on the US and UK for their protection. These are unprecedented statements from allies that many would not have even contemplated would ever be happening against the US. This is because the US is now being perceived by friends and foes alike, as a house divided and hence a weak power.

In a democracy, diverse views and debates are essential for liberty and freedom. But using these established democratic traditions as a clever tool to divide the people and embarrass a new administration in office is unacceptable. The Trump administration by no means deserves any undue favors from the watchdogs of a free society or in the court of public opinion. But it has a rightful claim to its legitimate space and duty to fulfil and execute the mandate of the people.

The efforts to sustain anti-Trump protests and put multiple roadblocks for the administration has reached a scale and magnitude that many fear can tip the balance towards instability. Donald Trump won the election to fair and square and the Democrats lost. They need to accept the verdict of the American people. They will have their say and opportunity in 2020, but till then they need to let Trump govern.

The risk for America is too great and if the country trips, only chaos and ignominy will visit the US. Most Americans understand this. America and its people have moved on and expect the political establishment to close ranks and put a better show – for the sake of the country. America has to get past the angst of electoral reverses and deal with some real issues – economic recovery, healthcare legislations and other policy issues that will determine the wellbeing of its people in the coming years. The protagonists and antagonists need to back down and do their bid to reduce the rancor and provide constructive criticism and help Trump govern. America, urgently needs to heal now. A large dose of healing is what is called for. 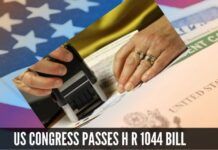 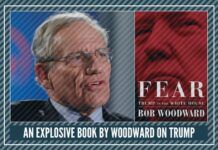 Another explosive book on Trump – “Fear” by Bob Woodward