The hero of the comeback story is M S Dhoni, the cool-headed Captain, leading from the front, who was chosen by the franchise owner Mr. Srinivasan.

Mahendra Singh Dhoni-led Chennai Super Kings lifted their third Indian Premier League (IPL) title, thrashing Sunrisers Hyderabad by eight wickets in the summit clash at the jam-packed Wankhede stadium in Mumbai. Making a comeback after serving two years of a ban, Chennai Super Kings lived up to their reputation of being one of the best teams in the cash-rich league. After the victory, Dhoni’s men celebrated their title win in style.

A larger conspiracy has long been underway to isolate M S Dhoni in Indian cricket.

The hero of the comeback story is M S Dhoni, the cool-headed Captain, leading from the front, who was chosen by the franchise owner Mr. Srinivasan. In spite of the clamor to sideline Dhoni, the CSK owner ignored all such recommendation and went ahead with M S Dhoni as Captain reposing full faith and confidence in him.

M S Dhoni had quit test cricket and willingly given up captaincy of the one-day format, in the larger interest of the game and Indian cricket. He continued however, to play in the one dayers as a normal team man thereby underlining his team player qualities. He wanted the Indian side to groom under the new Captain to take on the world in 2019 World Cup Tournament.

A larger conspiracy has long been underway to isolate M S Dhoni in Indian cricket. Similarly, his IPL team owner Mr. Srinivasan has also been selectively targeted and isolated in the cricket administration body. Later his IPL team CSK was also banned for 2 years on charges of corruption.

With this victory in the final, M S Dhoni has silenced his critics who wanted to oust him permanently. CSK victory also brings the owner, Mr. Srinivasan, back into the reckoning.

Within seconds of CSK dream victory at IPL Final 2018, a tweet from Dr. Swamy went viral. In this tweet, he had alleged that a conspiracy by Dawood and a vested lobby within had been hatched to target Mr. Srinivasan.

The agitation on Cauvery issue in TN, which had nothing to do with cricket, still forced the organizers to move out the CSK matches from its home ground. All these added up to hurdles being created for CSK.

Was the same gang that was operating against Mr. Srinivasan also targeting M S Dhoni? It didn’t matter!

Dhoni is a fighter, with strong leadership qualities. He never gave up and fought all the way to glory.

In the end, the game emerged victorious … 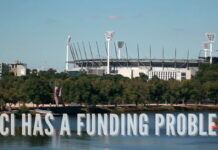 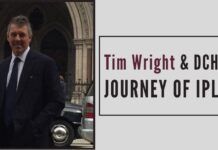