Rs.1,100 cr laundered by Chartered Accountant in Hyderabad via cryptos unearthed by ED

Ravikumar, a Hyderabad-based Chartered Accountant (CA) was arrested by the Enforcement Directorate (ED) on Friday for helping shell firms launder funds to the tune of Rs.1,100 crore by sending “bogus” foreign outward remittances to Hong Kong. Ravikumar, working with HAR Associates, was arrested by the agency under the provisions of the Prevention of Money Laundering Act (PMLA) and a special court in Hyderabad later sent him to agency custody till December 9.

The ED said in a statement that it stumbled upon illegal activities of the CA while conducting a probe against “a number of Chinese–controlled companies like Linkyun Technology Private Limited and Dokpay Technology Private Limited who have cheated lakhs of gullible online users through illegal gaming, dating, and streaming applications.” The ED said these companies “collected thousands of crores of rupees via online payment gateways and then laundered the money using various modus operandi, including hawala payments to hair merchants, purchase of crypto currency and illegal remittances to Singapore.”

“During the course of ongoing fund trail investigation, ED came across the new modus operandi of using fake airway bills and fake cloud rental bills to send bogus foreign outward remittances from multiple bank accounts,” it said. This modus operandi was first detected by the Hyderabad Police in September following which the ED also filed a money laundering case.

The Enforcement Directorate (ED) said that “Ravikumar, without doing any due diligence and without verification of genuineness of import documents, issued 621 bogus Form 15CB certificates and blindly signed the balance sheets of shell companies which enabled them to launder the proceeds of crime to Hong Kong, SAR (special administrative region), China.”

“Despite being a CA, he failed in his statutory duty and assisted the accused and charged Rs.1,500 per bogus certificate and thus got involved in the offense of money laundering for personal gain,” the ED claimed. ED said that the proprietors of the shell firms are absconding at present. 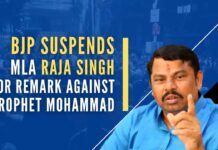 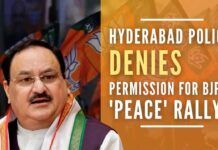 Black money, fake currency & terror financing are like ‘Jarasandha’, should...